It was clear that the government’s new fiscal policy was focused on managing inflationary pressure and providing reassurance to the City that the UK would be able to support its borrowing commitments in the short to medium term. In addition, there was praise for the Bank of England and a commitment to preserve the bank’s mandate, contrary to a policy floated by the former Prime Minister, Liz Truss.

The unfunded tax cuts set out in the previous Mini-Budget created uncertainty and negative market sentiment. In contrast, the announcements made by the Chancellor today were focused on altering bandings and freezing / cutting some allowances rather than changing headline tax rates.  Whilst these changes represent very real tax increases, they do not represent a significant shift in the current personal tax environment.

A summary of some of the key changes that will affect individuals is below:

We welcome the restraint shown by the Chancellor in today’s announcements. Principally concerns around CGT rate increases and changes to the non-domiciled regime now appear unfounded. Whilst it will be key to keep both matters in mind going forward, many individuals will be re-assured that any immediate material change seems unlikely.

Sean Bannister, Head of Tax, had the following comments following the Chancellor’s statement:

“The Chancellor had to demonstrate to both the public and the markets that the current government would seek to tackle inflation pro-actively without creating uncertainty. It seems that this was achieved. The changes made to personal taxes certainly represent an increased tax exposure for most clients, but they are not significant changes, and the majority of people will see the issues of interest rates and inflation as the principal threats to personal wealth. As a general election will have to take place by December 2024 at the latest, and with the current government trailing significantly in the polls, the freezes announced today may not survive a change of ruling party.”

“HMRC has been seeking to address perceived/actual inefficiencies relating to tax collection with vigour in recent years. It was interesting to read that there will be an increased focus on ‘assessing compliance risk with wealthy taxpayers’. We have seen the repeated  use of  targeted ‘nudge letters’ dealing with issues where HMRC felt it was likely that there was a significant risk of the under reporting of income or gains, which suggests that they have identified weaknesses in either taxpayers understanding of their obligations, or that the complexity of the relevant legislation has led to failures. This new commitment of funds to address accurate self-assessment reinforces the notion that completion of a  tax return is not simply a ‘form filling’ exercise. The merit in seeking specialist advice is more apparent than ever.”

“The Autumn Statement brings some welcome stability to government finances with tax increases achieved by nibbling round the edges of tax thresholds rather than rate increases or radical changes to the structure of the tax system. Next year’s Budget will offer the government more opportunity for fundamental changes, depending on the performance of the economy in the meantime. From an advisory perspective, it is worth considering whether to lock in any tax advantages on transactions and structures now rather than risk losing them in the medium term. This is a holding and stabilising ‘budget’, not an indication of direction of travel on tax.”

If you have any questions regarding this subject please contact Sean Bannister, Hetal Sanghvi, Hazel Johnson or any member of the Tax team.

If you aren’t receiving our tax updates directly to your mailbox, please sign up now 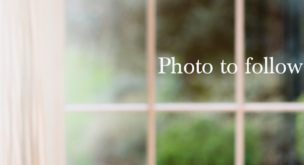