We advise both landlords and tenants in this complex area of law, handling lease extension, collective freehold, individual freehold and right to manage claims and on disposals triggering tenants’ pre-emption rights for a broad range of clients, including landed estates, charities, trusts, investment companies, developers and private individuals.

The right to claim a 90 year extension to an existing lease of a flat at peppercorn rent is governed by the Leasehold Reform, Housing and Urban Development Act 1993, as is the right for a group of leaseholders to get together to claim the freehold interest in the building containing their flats. We are adept at navigating the complex statutory processes involved in these claims, tailoring our tactics to suit the particular needs of each client.

Our expertise in handling claims under the Leasehold Reform Act 1967, which gives the tenant of a house the right to claim the freehold, is pre-eminent. Rights under the 1967 Act are less frequently exercised, not least because many leaseholders are not properly advised about the potential to make an admissible claim.

Our in depth knowledge of the legislation and the complex legal and valuation issues that arise in the very technical area of leasehold enfranchisement mean that we are uniquely placed to achieve the best possible outcomes for our clients. We work closely with specialist enfranchisement valuers in pursuing the most favourable resolutions.

Whilst our aim is to avoid tribunal or court proceedings, we are experienced in handling contentious matters in such forums and on appeal, and members of our team have been involved in numerous high profile cases.

We also advise on issues arising from the Landlord and Tenant Act 1987 which established a right of first refusal to tenants to acquire landlord’s interest in a building where the landlord wished to voluntarily dispose of that interest.

The 1987 Act is notorious for its bad drafting and the fact that a breach can constitute a criminal offence. Our familiarity with its interpretation through case law enables us to give pragmatic advice to both tenants and landlords especially where the provisions of the 1987 Act have an impact on a landlord’s plan for development.

We also advise on disposals at auction to which the 1987 Act applies navigating clients through the strict statutory timetable and procedure that is involved.

We have also acted for tenants who have acquired the freehold from a third party who had bought it from the landlord who contravened the 1987 Act.

In addition to dealing with statutory claims, we have particular expertise in advising on structures (both in terms of title and development) to avoid and promote enfranchisement rights and to enable landlords to dispose of their interest without the risk of tenants triggering their rights of first refusal.

We advise both landlords and tenants in this complex area of... 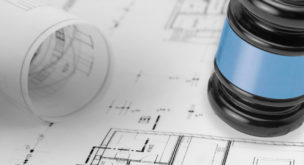 Our team can provide advice to both Freeholders and Leasehol...