In the October 2021 edition of the ECTA Bulletin, Intellectual Property Partner Maggie Ramage reviews Jess M Collen’s new book ‘Brands, Political Brands and Donald Trump’ and finds much to recommend within it.

‘Brands, Political Brands and Donald Trump’ is, in my view, a good read for trade mark practitioners. It comprises a number of short articles which were published in Forbes magazine, and each chapter is concerned with a particular political brand, or a point relating to branding and trade marks. I found some of the points raised were quite thought provoking, particularly for someone interested in branding and trade mark reputation.

The author is an IP attorney who has his own practice in Upstate New York, Collen IP, and who has been in practice now for over thirty five years. Jess often lectures on trade mark issues.

A number of the chapters deal with well-known brands in the US political field, such as Kennedy, Bush, Clinton and then Trump, particularly where there is a family dynasty known under that particular name. I had not really equated the family name of a politician with a trade mark until I read this book, but can quite see that the philosophy behind trade marks, such as the reputation of a name, and the ‘same again’ principle of quality, would relate in the same way as it would to products. Obviously, things moved on somewhat with the Trump brand…

This article first appeared in the October 2021 edition of the ECTA Bulletin and is reproduced with thanks. 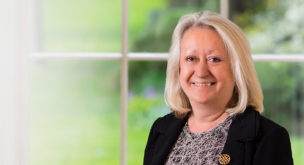 How UK banks can prepare for increase in numb...