On this occasion HMRC has provided advance warning that they will be distributing ‘one to many’ nudge letters this month.

HMRC will be using this approach to reach a large number of individuals using one standard message, in this case to warn taxpayers that they may have incorrectly declared income received from offshore investment funds.

What is HMRC’s ‘one to many’ approach?

HMRC’s ‘one to many’ approach forms part of their ‘promote, prevent, respond’ strategy. It is used to influence the behaviours of taxpayers and to highlight the risks of non-compliance. It is important to note that receipt of a ‘one to many’ nudge letter does not constitute a compliance check (as opposed to the other recent nudge letters sent by HMRC – you can read more about these letters in our previous blog). As a result of this, HMRC is unable to use the ‘one to many’ nudge letters to request additional information from the taxpayer to show that their tax affairs are correct.

Given these letters are used to reach a large population, they are usually targeted at what HMRC refer to as a ‘customer population’, a large group that have been identified as carrying a high risk of being non-tax compliant. These letters will be sent to ‘a subset of the wealthy population’ and more specifically, to individuals that may have invested in ‘offshore investment funds’. It is believed that individuals may have made such investments without fully understanding the tax implications, and HMRC has therefore identified this as a common area for ‘non-compliance’.

An Offshore Investment Fund is broadly described as ‘an investment scheme of which the trustees or operators are not resident in the UK’ – it is a form of investment that allows ‘a number of investors to bring together their assets and invest in a professionally managed portfolio of investments’.

There are two main forms of OIFs:

It is important to differentiate between the two as the tax treatment varies, specifically in relation to distributions and disposals.

Errors or omissions arising from ERI is the first area where mistakes can be made.

Distributions from OIFs are the reported profits from the fund, and are usually comprised of both interest and dividend income. ERI is any profit in the fund that was not distributed to the investors in the tax year. This excess is deemed to have been distributed and is treated as an additional distribution to the taxpayer 6 months after the end of the fund’s accounting period. The ERI deemed distribution will likely be comprised of both interest and dividend income, and will be subject to income tax at the taxpayer’s marginal rate of tax.

The second potential area for non-compliance is the failure to distinguish between reporting and non-reporting funds on a disposal. This has the potential to give rise to an unexpected tax liability for taxpayers as the gain could be subject to tax at 45% (as opposed to 20%) depending on the individual’s marginal rate of tax and their circumstances.

In order to assist taxpayers, HMRC has issued a list of approved reporting funds and recommend that these should be reviewed to ensure no investments are inadvertently made into non-reporting funds.

How can we help?

The likelihood is that a substantial number of UK taxpayers will have incorrectly declared their income and gains from OIFs. It is important that these positions are reviewed before HMRC discover them and decide to raise an enquiry, which could lead to penalties and interest accruing on the undeclared/incorrectly declared income. We would therefore recommend that individuals who have investments outside of the UK, and believe they may be affected by the above, should seek advice.

We are able to advise individuals who may have declared OIFs within their tax returns and are worried they may have incorrectly included this information. At Edwin Coe we can assist with tax compliance and tax dispute matters (should this be necessary), and we would be delighted to undertake a review of any OIFs individuals may have invested in.

If you have any questions, please contact Hetal Sanghvi, or any other member of the Tax team. 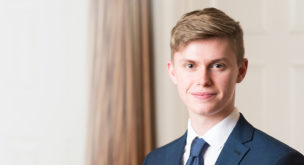