In a recent decision [BL O/264/22 – TRADE MARK APPLICATIONS No. 3587268 AND No. 3595047 IN THE NAME OF GLOBAL TRADEMARK SERVICES LTD], Geoffrey Hobbs KC, in his capacity as the Appointed Person, held that the United Kingdom Intellectual Property Office (UKIPO) could not, of its own volition, object to the registration of a trade mark that included the name of a famous person by an unauthorised third party.

Applications to register the trade marks “HENRY” and a silhouette & badge device and “RONALDINHO” and a silhouette & badge device (both of which will be instantly recognisable to football fans and particularly fans of Arsenal, Barcelona and AC Milan!) for goods in class 25 were rejected by the UKIPO on the basis of “bad faith”. The objection was raised following the practice statement set out in the Registry’s Examination Guide, which stated that where third parties apply to register, without authorisation, the name of a famous person, or a recently deceased famous person, an objection under section 3(6) may be appropriate. However, rejection would depend upon whether the application covers goods and / or services with which the famous person is associated, and who has applied for the mark.

At a hearing to discuss the rejection, the Applicant argued that (i) surnames are, in principle, eligible for registration as trade marks, (ii) the Registry has a duty to act impartially and not as agents or representatives of individuals or organisations, (iii) the examination of these marks was inconsistent with the examination of other ‘surname’ marks which the Applicant had successfully applied to register in Class 25, and (iv) there is no right of publicity or a right to protect a person’s image or likeness in the UK.

The Hearing Officer upheld the rejection observing that the ground relates to a subjective motivation on the part of the applicant, namely a dishonest intention or other sinister motive, involving conduct which departs from accepted principles of ethical behaviour or honest commercial and business practices. She also stated that bad faith “may be assumed in the event of the lack of a proper explanation by the applicant” as to the reasons behind filing applications that included a famous name . The Officer also asserted that the Registrar had a duty of being a ‘gatekeeper’ to the register and had the right to intervene on the basis of bad faith, not just in an inter-partes capacity, but also in an ex-parte examination, which may save the parties the time and expense of engaging in an inter-partes action. This right protected the famous person and also the average consumer who would be misled. The Hearing Officer acknowledged that there is no right of publicity or personality or right to protect a person’s image or likeness in the UK, but reminded the applicant that “there have been a number of cases concerning a famous person’s goodwill under the common law action for passing off”, and on the basis that the applicant had informed her that he intended to file applications for “hundreds of similar marks”, which amounted to a pattern of behaviour, there would be a serious risk of the mechanism of trade mark registration being brought into disrepute.

The Applicant appealed the Hearing Officer’s decision to the Appointed Person on the ground that it was legally and procedurally flawed.

It has previously been held that the concept of bad faith presupposes the existence of a dishonest state of mind or intention, but dishonesty is to be understood in the context of trade mark law. Innocence is to be presumed in the proceedings, unless and until it is proved, on the balance of probabilities, that the contested application for registration was filed in bad faith as alleged, and it is for the party alleging bad faith to prove it. Where the court or tribunal finds that the objective circumstances of a particular case raise a rebuttable presumption of lack of good faith, it is for the applicant to provide a plausible explanation of the objectives and commercial logic pursued by the application. However, in accordance with conventional principles, the party against whom bad faith is alleged must be told in clear terms the respects in which his conduct is dishonest, and the facts on which such an allegation is being made.

Acknowledging the above law, the Appointed Person observed that there is, however, no legal or administrative requirement for an applicant to make an a priori claim to proprietorship of the trade mark subject of the application, and so bad faith does not include there being a third party with a better right to the ownership of a trade mark registration. Where this is the case, it is up to the third party to oppose the registration on relative grounds of earlier rights. Whereas famous names were protected under both the 1906 and 1938 Trade Marks Acts, this protection was removed in the 1994 Act as a conscious policy decision, and so there is no longer a carve out or special exemption for the names of famous persons.

The Appointed Person found that the practice statement amounted to the assertion of a specially protected right for the names of famous persons, but that it was silent as to whether or how enforcement of this special protection could be reconciled with the rule that a trade mark should not be refused on the basis of an earlier right unless in opposition proceedings by the proprietor of the earlier right. Further, a result of the Registrar’s practice statement was that the Registrar becomes an adversary of the applicant outside the authorised scope of his power, which compromised his ability to act as an independent and impartial tribunal in any opposition proceedings. Indeed, the Appointed Person rebuked the Registrar for acting as “investigator-prosecutor-judge-jury-executioner” in relation to a serious accusation which he himself had raised. Finally, he ruled that the practice statement was legally deficient and was enforced by the Registry in a procedurally unacceptable manner. The Appointed Person, though, was keen to state that his decision should have no prejudicial effect in any way on an opposition based on earlier rights brought by their owner.

After this decision it is inconceivable that the Registrar will now object to the registration of famous names by unauthorised parties. These trade mark applications will therefore proceed to registration unless challenged by rights holders. Owners of famous names should therefore be vigilant in their policing of the UK Trade Marks register. While the UKIPO does have a system of notifying third parties of any applications that it considers might conflict with earlier marks this is by no means perfect and does not for example include unregistered marks. We would therefore always suggest that the owners of famous names (whether registered or unregistered) put in place a watch service to ensure that they are notified of any potentially objectionable marks at the earliest possible opportunity.

If you have any questions regarding this subject please contact James Moore or any member of the Intellectual Property team. 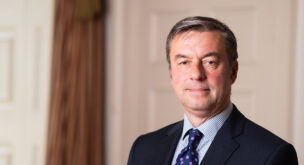