The recent decision of Ali v Secretary of State for Environment, Food and Rural Affairs and others [2015] EWHC 893 (1 April 2015) is further evidence that in order to prevent a way being deemed dedicated as a highway, the landowner needs to communicate its lack of intention to dedicate to the public clearly and overtly. Whilst there is no new law in this decision it is a very useful reminder that if a landowner wishes to avoid inadvertently dedicating any part of their land as a highway, then it is incumbent upon such a landowner to clearly and effectively communicate such intention to the public.

Under the Highways Act 1980 section 31 (1), where the public has enjoyed a way over land as of right and without interruption for a continuous period of 20 years, the way is deemed to have been dedicated as a highway. This is subject to a proviso that the landowner can defeat the claim if there is sufficient evidence that there was no intention during that period to dedicate it as a highway. The period of 20 years is calculated retrospectively from the date when the right of the public to use the way is brought into question.

Back in 2007 the House of Lords had accepted that locking a gate once a year could be sufficient to rebut the statutory presumption of dedication under section 31(1) of the HA 1980 but stated that it might depend on the facts of the particular case whether that was enough to amount to a sufficient interruption. (See Godmanchester Town Council v Secretary of State for the Environment, Food and Rural Affairs [2007] UKHL 28).

In this latest case the landowner A owned the freehold of a property which included a narrow alleyway. At all material times there had been a door in the alleyway and the alleyway had been used by the public to access local shops and businesses.

In February 2012, the door was vandalised and landowner A replaced the door with metal gates at either end of the alleyway. This prompted the Town Council to apply to the County Council for an order under section 53(2) of the Wildlife and Countryside Act 1981 (WCA 1981) modifying the definitive map to include the alleyway as a public right of way. An order to confirm the modification was made by the county Council in July 2013. The landowner objected and a public inquiry was held in July 2014.

The inquiry inspector (on behalf of the Secretary of State for the Environment, Food and Rural Affairs) confirmed the modification order, holding that:

The inspector concluded that that the Landowner had demonstrated insufficient intention to negate the deemed dedication of the alleyway as a public footpath.

A reasonable reader of the inspector’s decision letter would understand that the inspector had accepted that the door was locked during Christmas 2011 but this action was not sufficiently overt to communicate to users of the alleyway that the landowner did not intend to dedicate the alleyway as a highway.

On the facts of this case, the use of the alleyway was used to access local shops and businesses. Therefore, locking the door at Christmas when those businesses were closed was not effective to provide sufficient evidence that there was no intention to dedicate.

It was in the circumstances, rational for the inspector to reach the conclusion that he had.

What amounts to “sufficient interruption” to prevent a continuous 20 year period will depend on the facts of each case. In this case, locking the alleyway door over the Christmas period (when it was unlikely to be used by the public in any event) was not sufficient or effective to communicate to the public that the landowner did not intend to dedicate the alleyway for use as a highway.

Whilst an annual locking regime may be sufficient in some cases to rebut the statutory presumption of dedication, what is required in addition is to communicate that lack of intention.  Landowners faced with this particular issue and who do not intend to dedicate their land for use as a highway should consider carefully what will be required in their particular circumstances to effectively communicate such lack of intention to the public.

For further information regarding this topic or any other property and construction matter, please contact the Edwin Coe Property and Construction team. 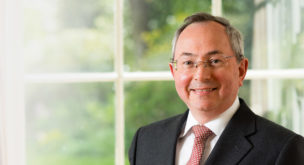