As announced in the 2014 Budget and then confirmed in the Queen’s Speech, it is likely that within the next year the UK Government is going to introduce a Register of beneficial owners of companies incorporated in England and Wales. While it is yet unclear what shape the register will take and whether or not it will be publicly available, no doubt it will have wide implications for tax planning. This is part of the rapidly changing world of regulation of private wealth (exemplified by Foreign Account Tax Compliance Act (FATCA) and similar initiatives).

Countries all over the world are taking on a similar challenge of “de-offshorisation”. So far Russia has largely stayed out of this – but that now seems set to change. Although Russian tax law in practice has not yet developed the concept of beneficial ownership, the Ministry of Finance has published the text of a Bill to combat the use of tax schemes whereby chains of companies are created in various jurisdictions. The Bill was published on 18 March 2014 and it is the first of a package of anticipated anti-offshore measures.

The proposed changes substantially alter the tax environment for Russian individuals and legal entities that own foreign assets and introduce unprecedented rules into Russian law for assessing the income of Controlled Foreign Companies (CFCs), as well as for qualifying a foreign company as a Russian tax resident. The new rules are expected to take effect from 1 January 2015.

According to the Bill, companies incorporated in jurisdictions on the “black list” of the Russian Ministry of Finance are recognised as CFCs if Russian residents own, directly or indirectly, more than 10% of their shares and their undistributed profits are annually included in the tax base of beneficiaries who are Russian tax payers. It is yet unclear from the wording of the Bill whether the “black list” will be identical to or will differ from the Ministry of Finance’s existing “black list” which covers what are traditionally seen as “offshore” jurisdictions. It is expected, however, that the new list will be more extensive and is likely to include Cyprus, the Netherlands and Switzerland. It is even possible that the UK could be included in the list, although so far this is purely speculative.

From the first draft of the Bill, it is yet unclear whether trusts are going to be included in the definition of organisations and structures affected; however, what is clear is that the Bill will apply to foundations, partnerships, partnership associations and other collective investment vehicles.

The implication of the new legislation is that Russian tax payers who are “controlling persons” will be required to self-assess and include the CFC’s profits as part of their own tax base, pro rata to their stakes in the CFC. Russian tax payers will need to recognise CFC’s profits as their income on 31 December of each year and will then be taxed at the current rates of 13% for individuals and 20% for legal entities. This will have wide implications on the strategy to accumulate income adopted currently by many offshore companies, especially when compared to regular dividend distributions being taxed at a lower rate of 9%.

In addition to the requirement of having to report CFC’s profits each year, the Bill also introduces a requirement for Russian tax payers to submit to the Russian tax authorities all cases of direct or indirect ownership exceeding 1% of shares held in foreign corporations which are resident in any jurisdictions on the “black list”. Again, this will be a continuing obligation which will require Russian tax payers to report annually on their current stakes by 1 March each year.

To stimulate reporting, the Russian Tax Code is likely also to be amended to increase sanctions for non-disclosure or incomplete disclosure of information as well as non-payment of the relevant tax. In particular, in the latter case a fine will be introduced equal to 20% of the CFC’s profits, rather than that of the amount of unpaid tax. The actual penalty may, therefore, be up to 100% of the tax amount for legal entities and up to 150% for individual tax payers.

Much analysis of the draft law has been published; however, it is very likely that the final version may be quite different from the draft Bill. What is clear, however, is that the new rules are disproportionately severe and lack economic balance. Therefore, we recommend that the draft law should be monitored and although the new law is not expected to come into force until 1 January 2015, we suggest that the existing corporate structures should be analysed now and any relevant possibilities for restructuring should be considered and we could help coordinate this.

If you require any further information about this topic, please contact a member of the Edwin Coe Private Client team. 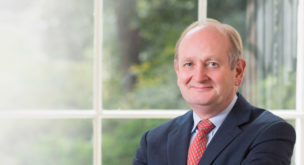