With many businesses encouraging employees to return to work, the case of Follows v Nationwide Building Society serves as a reminder to employers that care and consideration is required in managing the return to the workplace.

In Follows, the employment tribunal found in favour of a claim for indirect associative discrimination; a claim which did not previously exist.

What exactly is indirect associative discrimination?

If an individual has any of the above protected characteristics, then protections from discrimination will apply.

Direct discrimination occurs where an individual is treated less favourably because of a protected characteristic.

A PCP might adversely disadvantage a group of employees even where it is not intended to.

Historically, indirect discrimination claims required the claimant needs to have the protected characteristic on which the claim is based. This is because the wording of the relevant section in the Equality Act 2010 (section 19) refers to a ‘protected characteristic of [the individual]’. However, the Employment Tribunal has allowed, for the first time, a claim for indirect associative discrimination, widening the scope of the Equality Act 2010.

Facts of the case

In October 2017, Nationwide decided it wanted to reduce the number of SLMs from 12 to eight, and that all SLMs would be office-based. The reason for requiring SLMs to be in the office was a greater need for staff supervision by SLMs. That was the ‘legitimate aim’ that Nationwide were pursuing to implement this change.

Mrs Follows’ role was put at risk of redundancy and a consultation process was undertaken. There were a number of volunteers for redundancy which satisfied Nationwide’s need to reduce the SLM workforce by four. Mrs Follows let Nationwide know that she wished to remain on her existing arrangement of working from home and attending the office two or three days a week, expressing her view that the role could be undertaken from home in light of her excellent supervisory record. Nationwide approached some of the employees who volunteered for redundancy and requested they stay on, whilst Mrs Follows was not asked to stay on and was dismissed in January 2018 by reason of redundancy.

How did the tribunal determine this claim could exist?

Mrs Follows argued that as a consequence of Chez a finding of associative indirect discrimination should exist in the UK and that the Equality Act 2010 should be interpreted to include such a claim.

The Tribunal agreed and found that the Equality Act 2010 has to read consistently with the judgment in Chez. This means that the Tribunal interpreted reference to a “relevant protected characteristic” as applying to employees who are associated with a person with a relevant characteristic.

Applying this to the facts of the case

The Tribunal accepted that it was self-evident that carers for disabled people are less likely to be able to satisfy a requirement to be office-based than non-carers. In turn, this meant that the Tribunal was satisfied that the PCP applied by Nationwide, requiring SLMs to be office-based, put Mrs Follows at a substantial disadvantage because of her association with her mother’s disability by way of being her principal carer.

The Tribunal found that Nationwide was fully aware of Mrs Follows’ mother’s disability and therefore was aware of the disadvantage that Mrs Follows would suffer by the requirement for her to be office-based.

Nationwide argued that the legitimate aim they relied on to support implementation of the requirement to be office-based was that it was needed to provide effective managerial supervision and support to junior staff.

The Tribunal found that the need for on-site supervision contained a discriminatory element and as such could not amount to a legitimate aim. The tribunal went further, noting that even if the aim had been legitimate, selecting Mrs Follows for redundancy and dismissing her was not a proportionate means of achieving that aim.

As such, it was concluded that there was no evidence that selecting Mrs Follows for redundancy and dismissing her was a reasonably necessary way of achieving its aim of high standards of supervision, and there were other non-discriminatory means of achieving this aim. Therefore, the claim of indirect disability discrimination by association was upheld.

The Tribunal’s application of Chez effectively widened the application the Equality Act, despite the clear wording requiring the claimant to possess the protected characteristic in question.

Considerations employers should keep in mind

In times of change it is inevitable that employers will need to adapt policies to ensure business needs are met. However, any policies introduced by employers should be considered in the light of this decision and exceptions made where required to avoid claims of the indirect associative disability discrimination.

The Employment team is happy to advise both employers and employees as to the introduction and impact of any policies which may disadvantage some individuals with a protected characteristic. 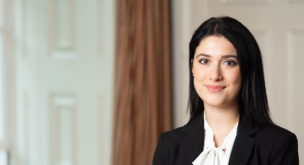