In the case of The Harpur Trust v Brazel [2022] UKSC July 2022, the Supreme Court has once more considered the complex question of ‘what is the right amount of holiday and how should it be paid for workers with variable weekly hours?’.

It has held that holiday entitlement for a worker on a permanent contract throughout the holiday year is 5.6 weeks, even if the worker does not work every week, i.e. entitlement should not be pro-rated.

The Supreme Court determined that annual leave does not accrue based on hours worked and it rejected the well-used ‘Percentage Method’ of calculating holiday entitlement and pay. This method of calculation is addressed further below.

What workers are affected?

The principles in this case apply to all hourly paid workers who have a permanent contract but do not have normal weekly working hours and do not work every week in the year. It is likely to impact casual/zero hours contract workers as well as term time workers. Mrs Brazel was in this latter category.

What is the statutory entitlement to holiday and holiday pay?

For workers without normal weekly working hours, pay is based upon average weekly pay in the 52 weeks prior to the first day of the holiday period in question (or the number of complete weeks the worker has been employed, if less than 52). If there are weeks during the 52 week reference period in which nothing was payable, those weeks are excluded, with earlier weeks brought in to make up 52 paid weeks. The period employers should look back to reach 52 paid weeks is capped at a total of 104 weeks.

What is the Percentage Method?

The ‘Percentage Method’ has previously been recommended by ACAS in their holiday pay guidance in respect of casual workers and it was described as being the “easiest” approach. ACAS has now amended its guidance to remove this recommendation.

Mrs Brazel, was a part-time worker and also a part-year worker. She was a music teacher so she had non-working weeks during school holidays. During school terms, Mrs Brazel worked different hours each week, usually between 10 to 12 hours but some weeks would be fewer hours. She was paid for the hours that she actually worked and she had no minimum guaranteed hours.

The arrangement was that she would take her 5.6 weeks’ leave during schools holidays when she was not required to give music lessons or at such other times convenient to the school. She was treated as having taken her entitlement in three equal tranches of 1.87 weeks during the three school holidays.

Previously, her employer, Harpur Trust, calculated Mrs Brazel’s holiday pay by working out how much she had been paid in the 12 term-time weeks before the school holiday (as 12 weeks was the reference period that applied at the time relevant for this claim), divided that total by 12 and paid her 1.87 times that weekly average (the “Calendar Week Method”). However, in September 2011, Harpur Trust amended this calculation paid her one-third of 12.07% of the total hours worked by Mrs Brazel in the relevant term immediately before school holidays (the “Percentage Method”). By way of illustration, we set out below how this impacted Mrs Brazel’s holiday entitlement for the school holidays following Spring term 2012:

The shortfall above amounts to £235.06. Mrs Brazel brought multiple claims of unlawful deduction from wages in respect of a period from September 2011 to June 2016 and these claims were consolidated into one.

The Employment Tribunal had dismissed Mrs Brazel’s claims in the first instance having held that a pro-rata principle of holiday entitlement should apply for part-time workers working fewer than 46.4 weeks in the year, capping leave entitlement to 12.07% of working hours, and that this could be read into the WTR.

The Employment Appeal Tribunal (EAT) and the Court of Appeal disagreed, supporting Mrs Brazel’s position that there was no requirement to pro-rata her leave entitlement and therefore it should not have been capped by the Percentage Method. They held that the method set out in the WTR should be followed, notwithstanding that this may result in a higher proportion of annual pay being made to part-year workers, i.e. those who don’t work every week each year.

The Supreme Court dismissed Harpur’s appeal and agreed with the Calendar Week Method of calculation which had been Mrs Brazel’s position. Although acknowledging that that there may be anomalies for those with highly variable working patterns, this was not so absurd as to revise the statutory scheme. The Supreme Court stated that there is nothing in the WTR which indicates that the regulations should be construed so as to permit an alternative method of calculating holiday pay.

What is the effect of the decision?

The decision is clear that where a worker is under contract for a full leave year, the statutory entitlement is 5.6 weeks’ leave, regardless of the fact that there may be weeks with no working hours. The result is that leave entitlement includes weeks during which no work is done but, when calculating how much they should be paid for holiday, businesses must disregard such weeks when working out the 52 week reference period for average weekly pay.

Businesses should no longer rely upon the Percentage Method whereby contracts for hourly paid workers provide that entitlement accrues at 12.07% of the hours worked. The difficulty is that the legislation does not provide guidance as to how to convert the weekly entitlement into days or hours, where a worker has irregular weekly hours.

Employers should check what their worker’s contracts say about holiday entitlement and move away from the Percentage Method, if that had been used.

One method to help address this issue for employers may be to consider engaging workers on a different contractual arrangement, for instance using temporary contracts which terminate at the end of each ‘assignment’, instead of lasting the whole year. A payment in lieu of accrued holiday may be paid upon termination of the ‘assignment’. Obviously, this would have certain drawbacks too, not least the additional administrative burden that would be involved, and there will be a balancing exercise for employers to consider.

Employers must also ensure that a worker is able to take their full entitlement of paid leave and should consider how best to calculate any entitlement in days or hours when only a proportion of a week is to be taken.

If you have any queries about this matter, please contact Linky Trott , Clare Gilroy-Scott, Elliot Francis, or any member of the Employment team. 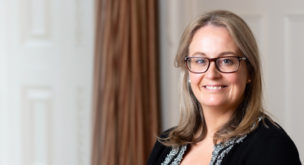