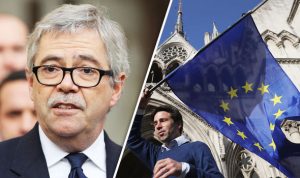 “My client is delighted by today’s judgment. As a Brexiteer, he always said his motivation in bringing this claim was to ensure the correct and lawful process applied to triggering Article 50 and today’s decision vindicates his role in shining a spotlight on the rightful process as well as the role that the law plays in ensuring a lawful political process.

This has been a unique and difficult fight where the legal issues were often clouded by a polarised and politically charged backdrop. Yet as has been made clear by the Supreme Court and the Divisional Court this is a case, not about whether we should withdraw from the European Union, but about the domestic constitution of the UK and the relationship between Parliament and our Government.

The result is a reassertion by the Court that we live in a Parliamentary democracy, in which, having been elected, our MPs in Parliament have the sovereign power to grant rights and remove them; a power only constricted by consideration of human rights and rule of law. These rights affect people’s lives, family life, where people live, where they work, their very right to work in this country. They are vital rights in day to day life. The Court has decided that the rights attaching to our membership of the European Union were given by Parliament and can only be removed by Parliament. This is a victory for democracy and the rule of law. We should all welcome it.

Some have asked what is the point of this judgment now that the Prime Minister has said she will give Parliament a vote on the Brexit deal after negotiations. We can speculate that she may not have done so had the cases of my client and Gina Miller not brought pressure to bear. Is Mrs May’s recent concession sufficient? The answer is No. Having served the Article 50 notice we will withdraw from the Union on the second anniversary whether a deal is done or not and whether Parliament approves a deal or not. Parliament may be left then with a choice, vote yes to the deal or we leave with no deal at all. The time for the vote then is now on the principle of withdrawal and the inevitable removal of citizens’ rights that will follow both for citizens here and UK citizens in the EU. In considering an Article 50 statute I am sure MPs will have those rights in mind.

Finally this is also a victory for our judicial process. Both my client and his co-claimant Gina Miller have received hate mail of the most vile and threatening nature yet have had their case heard and treated by the Courts with the greatest of respect. The Court itself has been vilified and Judges subject to intense media criticism and intimidation. Yet a determination has been made based purely on the legal issues which is as it should be. The Government and the Lord Chancellor should today confirm its unquestioning support for the rights of the Claimants in this case and their respect for the Court’s decision. This is a victory for our parliamentary democracy and the rule of law and whatever changes we are about to face as a result of Brexit it is reassuring that these two sacred principles have today been reaffirmed and will hopefully endure.”

Edwin Coe LLP is best known for its work in representing large groups of the public in claims relating to consumer issues, banking, shares. It was the first firm in the UK to specialise in non-conflict class actions and as a result has been involved in many of the major mass claims over 30 years including the Lockerbie Inquiries and litigation. It is currently litigating for hundreds of investors in film investments against HSBC, for timeshare investors against Barclays Bank in relation to fraud and for investors in other schemes and for hundreds of truck owners in relation to a price-fixing cartel by manufacturers. It has represented 50,000 shareholders in a claim against the Government; 32,000 convenience store owners in competition issues; and 36,000 private shareholders in Northern Rock. It has recently settled a claim for hundreds of South American flower farmers in a claim against British Airways for price-fixing.

In addition, the firm acts in mass torts and is representing claimant victims of the Hillsborough disaster and child abuse victims.

In addition, the firm undertakes public law issues and represented the first claimant in the Article 50 litigation, MPs in the proroguing litigation, the claimant in relation to a challenge under the Good Friday Agreement and, very recently, protesters to HS2 construction.