The Court of Appeal’s decision in Planon v Gilligan [2022] EWCA Civ 642 serves as a timely reminder to employers to act promptly if they want to seek an injunction for breach of restrictive covenants against an ex-employee.

Mr Gilligan was employed by Planon Limited prior to his resignation on 23 July 2021. Following a one month notice period, his employment terminated on 23 August 2021 and, on 1 September 2021 Mr Gilligan started working for one of Planon’s competitors. Planon became aware of the identity of Mr Gilligan’s new employer on 2 September 2021.

Mr Gilligan’s employment contract included post-termination restrictions, one of which was a non-compete clause, which sought to prevent Mr Gilligan from working for any competitor of Planon for 12 months following termination of his employment.

Planon’s solicitors requested undertakings from Mr Gilligan regarding the restrictive covenants in his contract, including the non-compete covenant. The undertakings were not provided and Planon issued a claim on 21 October 2021 and, an application for an interim injunction to enforce the non-compete covenant which, if granted, would prevent Mr Gilligan working in his new role until the claim was determined at trial. This application was heard by the High Court on 5 November 2021.

When considering whether or not to grant an injunction, the Court will consider the covenant itself and the ‘balance of convenience’, which is essentially a “fairness” test looking at all the circumstances and taking into account the interests of each party.

The Court will also consider whether or not damages, as an alternative to an injunction, would be an adequate remedy for the former employee.

The High Court decided that the non-compete clause was likely to be unenforceable because it would prevent Mr Gilligan from working in his chosen profession for 12 months; the Court refused to grant the injunction.

The Court of Appeal’s decision

Planon appealed the High Court’s decision and the Court of Appeal dismissed the appeal but for different reasons.

Enforceability of the Restrictive Covenant

The Court of Appeal decided that it was not right to decide the question of an injunction on the basis of the enforceability of the restrictive covenant.

This was because at the injunction stage of any proceedings, the Court’s view on enforceability is only a provisional view; the Court is not determining the validity of the covenant, rather it is assessing where the balance of convenience lies. The ‘old’ rule, that if a restrictive covenant is valid, an injunction should normally be granted, is only of limited application at the interim stage.

Damages as an adequate remedy for the employee

Commonly, employers argue that an injunction is a suitable remedy, because the employer is able to give a cross-undertaking in damages to compensate the employee for their loss of remuneration if, at the end of the subsequent trial, it is determined that the restriction is not enforceable meaning the injunction should not have been granted.

The Court of Appeal disagreed and said that ‘restraining an employee from taking up a new employment opportunity for many months may well cause him damage that cannot be compensated in money alone, if it turns out at trial that the covenant is not enforceable’.

At the date of the Court of Appeal hearing, there was approximately four months of the 12 month non-compete period left to run. Mr Gilligan had been working for the competitor for approximately seven months.

The Court of Appeal, when looking at it in the round, noted that if Mr Gilligan’s new role posed such a threat to Planon’s customer connections and trade secrets, most, if not all, of the damage to Planon’s business interests would have been done in the first few days, or at least before the first High Court hearing. In those circumstances, if other factors appear to be evenly balanced, a prudent Court will take measures to preserve the status quo. The Court of Appeal decided that, due to the length of time that had passed, the status quo favoured Mr Gilligan continuing in his new employment, rather than granting an injunction to Planon.

If you have any questions about this topic, please contact Linky Trott, or any other member of the Employment team at Edwin Coe. 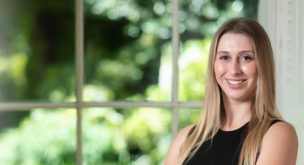