We provide services for personal / High Net Worth individuals:

It has been many years in the making, but in one month’s time LIBOR will be no more.  You will be forgiven for not keeping fully abreast of developments since the FCA announced the move away from LIBOR in 2017, but ‘transition day’ is nearly upon us. So what have you missed?

On 31 December 2021, the FCA will no longer compel banks to provide quotes for LIBOR; this will result in LIBOR ceasing to be published or becoming redundant with effect from 1 January 2022.

Why is LIBOR being replaced?

LIBOR is determined by calculating the average rate at which a group of leading banks can borrow money from each other. However, the lack of volume of interbank lending transactions which have created an unreliable benchmark, together with the widespread manipulation of LIBOR following the global finance crisis, caused regulators to question LIBOR’s future.

What is replacing LIBOR?

LIBOR reference rates worldwide will be replaced with risk-free reference rates (RFRs). A RFR is a theoretical rate of return on an investment with zero risk of financial loss.   In sterling markets, the preferred RFR is the Sterling Overnight Index Average (SONIA). SONIA is based on actual transactions and also reflects the average of the interest rates that banks pay to borrow sterling overnight from other financial institutions and other institutional investors. SONIA operates in a fundamentally different way to LIBOR. SONIA is a ‘backward looking’ rate, whereas LIBOR is/was a ‘forward looking’ rate. With LIBOR, the interest payable is known for the future period starting on the day it is published. With SONIA, the interest payable will only be known at the end of the period.

Is it mandatory to use SONIA in sterling markets?

No, it is not mandatory to use SONIA, and some parties may prefer to use a base rate amount or other benchmark. Indeed SONIA is already causing lenders, and borrowers, difficulty, not just because of its complexity, but because of its ‘backward looking’ approach. While SONIA/RFRs may be more reliable, loan agreements have always been predicated on a ‘forward looking’ basis. Quite understandably, borrowers want to know what the cost of borrowing will be before that cost is incurred.

The edict from the FCA has been for parties to an existing LIBOR-referencing contract to engage early and expressly agree a new benchmark. Whilst many organisations have worked hard over recent years to ensure that their contracts are ready for the move away from LIBOR, there will be many other contracts which remain reliant upon LIBOR and which will extend into and beyond 2022 (‘legacy contracts’).

On 16 November the FCA confirmed that it would be publishing a ‘synthetic sterling LIBOR’ rate after 31 December 2021 for those contracts that endure beyond ‘transition day’ and which have not otherwise addressed the discontinuation of LIBOR. The effect of this is that references to ‘LIBOR’ in legacy contracts will be read as references to ‘synthetic LIBOR’. Without identifying a precise long stop date, the FCA said it would allow legacy use of synthetic rates “at least for the duration of 2022”. Whilst this might buy parties to legacy contracts a little more time, synthetic rates will not be published indefinitely; the FCA has been consistent in its messaging on synthetic LIBOR – it is the rate of last resort.

What happens when there is no more synthetic LIBOR?

Where legacy contracts remain, and synthetic LIBOR is no more, what will inevitably follow is a raft of disputes.  As there is no direct like-for-like replacement for LIBOR, and there is a financial benefit to arguing in favour of one benchmark rate to another, disputes over the interpretation of LIBOR-referencing contracts are bound to arise. Even where a contract does include a ‘fallback provision’ which attempts to cater for a situation where LIBOR ceases to exist, these provisions may not work in practice, thus leading to disagreements.  It is also predicted that LIBOR transition could give rise to misselling claims, ranging from claims against financial institutions who may have led their retail customers into agreeing contracts which still reference LIBOR despite knowing it was soon to come to an end, to claims between sophisticated parties arguing that one had mis-led the other into agreeing a contract which has untold financial consequences.

Is there still time to address any legacy contracts?

Absolutely. For any parties with legacy contracts still in place, the publication of synthetic rates does provide some assistance in helping to avoid immediate disputes over contractual interpretation. However, the FCA’s warnings should be heeded and steps should be taken to address legacy contracts, and avoid potentially complex, and costly, disputes.

Should you require assistance in connection with any legacy contracts which reference LIBOR, or should you have any issues regarding LIBOR transition generally, please contact Banking & Finance partner James Walton. 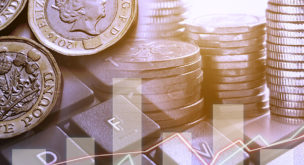 We provide legal advice across all manner of Corporate matte... 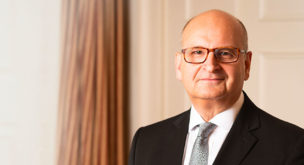 The new Class E: Be wary on user clauses

The Big Visa Boost – What the changes to the He...

Does no jab mean you should receive less sick pay...

Bankruptcy Orders made by the Insolvency Service ...

Refusals to Attend the Workplace for fear of Covi...