In January 2022, the Court of Appeal held that the courts have the power to grant a final injunction (which is an order of the court to do or to refrain from doing a certain act) against persons who are unknown and unidentified at the date of the order to prevent those persons from occupying and trespassing on local authority land. The ruling overturns a May 2021 High Court ruling which held that the court could not grant a final order against someone who is not a party to a claim.

The Court of Appeal’s decision has been welcomed by local authorities who have made use of such ‘person unknown’ or ‘Traveller’ injunctions to prevent Gypsy and Traveller communities from encamping on local authority land. However, Gypsy and Traveller communities have criticised the use of these injunctions stating they are potentially discriminatory and disproportionate.

In May 2021, the High Court considered a technical legal point but one that was a fundamental factor in the tension between the local authorities and the Gypsy and Traveller communities. In that case, Mr Justice Nicklin ruled that injunctions were subject to the fundamental legal principle that a final order cannot bind persons who are not party to the proceedings. While the Court does have the power to grant orders contra mundum (orders which bind the whole world), these orders were by exception and that exception did not extend to the so-called ‘Traveller injunctions’. Effectively, the High Court ruled that local authorities could not obtain borough-wide injunctions against unidentified persons currently encamping on local authority land and as well as other ‘persons unknown’ who may do so in the future (‘newcomers’).

However, on appeal by 12 local authorities, the Master of Rolls Sir Geoffrey Vos held that Mr Justice Nicklin had erred in deciding that a person who was not a party to a claim at the date of the final order could not subsequently become one and that injunctive relief could only be granted against identified ‘persons unknown’ at trial. The Court of Appeal found that the court previously envisaged the possibility of final injunctions against newcomers in Gammell, Ineos and Bromley London Borough Council v Persons Unknown [2020] EWCA Civ 12 and that “the court cannot and should not limit in advance the types of injunction that may in future cases be held appropriate to make under section 37 [Senior Courts Act 1981] against the world”.

The Court of Appeal’s decision is a victory for local authorities who will again enjoy the full force of previously obtained final injunctions against persons unknown as well as newcomers. However, the Gypsy and Traveller communities are fully expected to challenge the decision both directly and indirectly. It is believed that the UK has a Gypsy and Traveller communities population of more than 300,000 and given the lack of dedicated transit sites, the legal battle relating to ‘Traveller injunctions’ are certainly likely to continue. 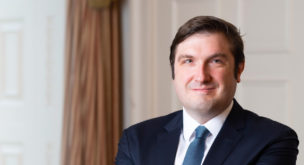