In a dispute, there is one thing guaranteed to ignite one’s temper, being told to “calm down.” If this is said by reference to the Harry Enfield “Scousers” sketch, “calm down, calm down” it may well serve to fan the flames, but can this amount the race discrimination if this is said to, and offends, a Liverpudlian employee?

The Claimant was a bus driver for a Scottish company who was born and grew up in Merseyside. He accompanied another worker, Mr Cox, to a grievance hearing on Friday 29 January 2021 and on discovering that the hearing would take place via Microsoft Teams and not in person, it was alleged that the claimant and Mr Cox became agitated and disruptive. According to the claimant, it was then that the Human Resource and Development Manger on the call uttered the famous phrase, saying “you boys need to go and calm down, calm down.”

The phrase was taken from a comedy sketch that centred on “permed, moustached, shell suited, permanently combative brothers from Liverpool.” The claimant was so insulted by this reference that he immediately informed an Operations Manager that he would be unable to commence his shift that afternoon or the following day as to drive would put himself and others at risk in contravention of the Health and Safety at Work Acts and Road Traffic Acts. He was dismissed the following Monday.

The claims were brought in the Scottish Employment Tribunal for race discrimination under section 13 of the Equality Act 2010 (EqA). Race is a “protected characteristic” meaning employees are protected by the EqA from receiving less favourable treatment because of this characteristic. Under section 9 of the EqA, race includes “national origin” and the claimant sought to rely on his English heritage arguing that English and Scots are separate racial groups by reference to their national origins on the basis that Scotland and England are both nations.

The Tribunal looked at the “Race Discrimination: Key Points for the Workplace” ACAS Guidance which explained that while being British could be capable of being a protected characteristic “the law does not cover more local or regional distinctions.” The guidance uses the example of an employee working in the South of England being treated less favourably by reason of him being a “Geordie.” The guidance states that a claim of this nature would be unlikely to succeed.

Judge J Young understood that the comment was used in a way to mock the claimant as a Liverpudlian but not as an English person. The claim was found to have no reasonable prospect of success and was struck out.

Interestingly, in the Scottish criminal case Moscrop v McLintock [2011] SCCR 621 it was held that insults and threats directed at a Scottish person which included the term “Geordie” did amount to racially aggravated harassment. It was held that this case was not directly applicable in the employment law context and it was more appropriate to follow the ACAS guidance.

Further, the ACAS Guidance is unclear on whether the devolved nations are individual racial groups for the purposes of section 9. The Guidance states that the geographical area and its history, but then goes on to state that, “Welsh, Scottish, Northern Irish/Irish and English are all recognised under this protected characteristic, as is British.”

Although the claim was struck out, the Judge did criticise the employer’s behaviour as being “unprofessional” and “uncalled for.” During the course of a grievance process an employer should always remain respectful to those raising the grievance and to any witnesses or companions.

The judgment itself is very entertaining and can be found here.

If you have any questions regarding discrimination, or how to conduct or attend a grievance process, please contact Linky Trott, or any other member of the Employment team. 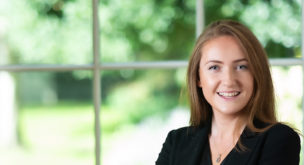