If in doubt… shout it out!  The duty of fair presentation under the Insurance Act 2015

On 8 October 2021 the High Court Queen’s Bench Division found in favour of insurers, accepting AXA’s argument that a London property developer’s claim in relation to water damage brought under its Business Interruption (“BI”) and Contractors’ All Risks (“CAR”) policy (“the Policy”) was void.  The court had to determine whether Berkshire had made a fair presentation of risk pursuant to Section 3 of the Insurance Act 2015 (“IA 2015”). This is the first (known) English judgment handed down under the IA 2015.  It serves to reiterate the pre-IA 2015 law on material circumstances and demonstrates the Court’s approach in relation to fair presentation of risks. It is important reading for policyholders, those with responsibility for arranging insurance and insurance brokers

The Law on Materiality

Section 3(1) of the IA 2015 provides that, “before a contract of insurance is entered into, the insured must make to the insurer a fair presentation of the risk.”

Sections 3(3)(a) and 3(4)(a) IA 2015 require the policyholder to disclose every material circumstance that they know or ought to know.

Under Sections 7(3) and 7(4) IA 2015 a material circumstance is defined as being material “…if it would influence the judgement of a prudent insurer in determining whether to take the risk and, if so, on what terms.”

Berkshire was incorporated in 2017 as a joint venture vehicle for the purposes of purchasing and developing a large residential complex in Brentford.

Mr Garside, a director of Berkshire, dealt with its day-to-day management, including insurance arrangements. In November 2018, he accepted a CAR quotation on behalf of Berkshire issued by AXA.

The Policy contained a declaration which confirmed that partners, directors or any other person who played a significant role in the company had not personally, or in a business capacity, been convicted or charged with a criminal offence. The “fair presentation of risk” section stipulated that cover was provided on the basis that such declarations/statements were correct.

In 2019 the cover was amended to include BI insurance and in November 2019, the Policy renewed. The Policy required Berkshire to “make a fair presentation of the risk” and warned that a failure to advise of any changes, inaccuracies or omissions may result in the Policy not responding in the event of a loss.  The renewal schedule placed a duty on Berkshire to consult its insurer adviser if it was unsure in relation to what information would be important or relevant to AXA and noted that “relevant information is something that could affect [AXA’s] decision to renew your policy or affect the terms of your policy.”

On 1 January 2020, the development suffered an escape of water which resulted in substantial damage and business interruption losses. Berkshire subsequently made a claim under the Policy.

During its investigations, AXA discovered that Mr Sherwood, a Berkshire director, had been charged, in August 2019, with criminal offences in Malaysia relating to fraudulent bond transactions, through a Goldman Sachs subsidiary of which he was also a director. Although these charges were later dropped following a settlement between the Malaysian government and the companies involved, AXA declined cover under the Policy, contending that Berkshire’s failure to disclose the charges at renewal was a breach of fair presentation under Section 3 of the IA 2015.

The Court was required to address two issues:

The court discussed materiality under Section 7 of the IA 2015 and also highlighted that the pre IA 2015 law on materiality remained applicable, reiterating the following principles:

In deciding the issue of materiality, the court followed the reasoning in various precedent cases, concluding that the charge of a criminal offence was material, regardless of whether the insured is innocent and subsequently acquitted.

Furthermore, the court accepted AXA’s evidence that the charge was material because:

“…the insurer has a remedy against the insured for a breach of the duty of fair presentation only if the insurer shows that, but for the breach, the insurer-
(a) would not have entered into the contract of insurance at all, or
(b) would have done so only on different terms….”

Berkshire argued that AXA had not established that, but for Berkshire’s failure to disclose the charges, it would not have written the Policy.

However, the Court was not persuaded and found in favour of AXA largely as a result of AXA’s witness evidence, provided by underwriters and underwriting managers, which evidenced the underwriting process AXA had in place at the time and relied on the existence of an AXA Practice Note on “disclosure of previous insurance, financial or criminal matters” dated 7 June 2018. The effect of the Practice Note and the witness evidence was such that if criminal charges were disclosed, the risk would have been declined on the basis that it fell outside of AXA’s strategy to write risks for customers charged with or convicted of a criminal offence.

This case serves as an excellent reminder of the importance of discharging the duty of fair presentation at both inception and renewal of a policy. Further, the case highlights that pre IA 2015 authorities remains relevant and should be considered when assessing a client’s claim.

Insured’s and insurance brokers must ensure that what an insured “knows or ought to know” is investigated adequately. It is necessary, therefore, to make enquiries of other directors or persons playing a significant role in the company, to ascertain information pertaining to criminal conduct and charges.

Simply responding to the questions asked and the information requested by insurers is likely to fall short of compliance with the duty of fair presentation. Any such facts and circumstances, material to the risk (including involvement in previously liquidated companies and criminal charges) should be disclosed even if the insurer has not specifically requested such information.

Individuals handling insurance arrangement on behalf of an insured should carry out internal investigations into all directors’ backgrounds and err on the side of caution if they are unsure as to whether a particular fact is material.

If you have any questions in relation to an insurance claim or coverage dispute, please contact Nicola Maher or a member of the Insurance Litigation team. 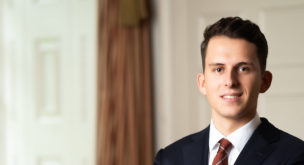