This recent Court of Appeal case concerned the attempted rectification of a transfer deed by a father who had purchased a property with his son and were marked as tenants in common in equal shares in the transfer deed.

The case demonstrates that common mistake is not enough to rectify a deed, and instead a clear common intention is required. Additionally it highlights how crucial it is for parties who are jointly buying a property to discuss, understand and confirm how they intend to split the beneficial ownership of their property.

In October 2000, a father (David) and son (Dean) jointly purchased a property. Dean did not contribute to the deposit nor the monthly repayments of the mortgage. However, David required Dean to be a joint party to the purchase as he could not obtain a mortgage for the property in his sole name.

At the time of purchase, the transfer deed (“TR1”) for the property stated that David and Dean were to hold the property as tenants in common in equal shares. All of the standard boxes to be crossed in the TR1 were computer generated except for the declaration of trust section that deals with the split in the beneficial ownership of the property which was completed by hand. Once this matter went to trial, no-one could explain why an “X” had been inserted by hand, nor could they explain why that specific box had been crossed.

Crucially, David and Dean never spoke (including with their solicitor) about how the beneficial ownership in the property was to be split before the purchase and the TR1 was only signed by the sellers of the property.

In 2017, Dean issued proceedings for an order declaring that the property was held by himself and David as tenants in common in equal shares and an order for sale unless David bought his share in the property. Dean argued that his joint ownership of the property and his name being on the mortgage prevented him from buying a property in his own name.

At trial, David argued how he did not intend for Dean to have a beneficial interest in the property but subsequently backtracked to say that his intention was for the property to be held on trust for his family (including Dean) and not for Dean to be a co-owner. Nevertheless, despite not pleading a case for mistake nor formally submitting a counterclaim for rectification, it was held by the court that David had shown on the balance of probabilities that the section in the TR1 to do with the split in beneficial ownership of the property was completed by mistake. Therefore, the claim for an order for sale was dismissed.

On appeal to the High Court, the court refused to interfere with the County Court’s exercise of discretion to allow David to pursue a claim for rectification notwithstanding the absence of any formal counterclaim.

Additionally the High Court saw that it was appropriate, on the County Court’s findings of fact, to conclude that the TR1 could be rectified to remove the cross from the declaration of trust section in the TR1. On analysis by the High Court, David was the sole beneficial owner of the property as Dean had made no contribution to the purchase price or the mortgage and the High Court ordered that the TR1 be rectified so as to delete the handmade “X” from the TR1.

Dean subsequently appealed to the Court of Appeal, who allowed the appeal and stated that the lower courts had been incorrect to allow the TR1 to be rectified.  This was because there was no common intention between the parties on the split in the beneficial ownership of the Property up until the purchase of the property which is required in order to vary, add or delete a term in a deed.

In this case, the parties had not communicated about the split of the beneficial interest in the property at all; all they could agree on is that they disagreed on what the other party was arguing in court. However, no agreement is not the same as an actual agreement and as a result, the TR1 could not be rectified.

This case highlights how crucial it is for a party seeking a court declaration for rectification to prove common intention between all the parties in order for a clause to be rectified by the courts. If this common intention cannot be found then the court cannot rectify a document. It also shows how vital it is for joint-purchasers to fully discuss and agree their beneficial interest in a property and to understand what they are signing up to – it is not enough for one party to later say that they did not understand what they were signing.

This decision may well make claimants who have subsequent fallen out with the joint owner of their property to think twice before issuing proceedings.  Additionally, lenders will be reassured that those named on the TR1 are those with an interest in the property, and that the beneficial holding noted on the TR1 can be relied on unless a clear common intention to the contrary can be proved.

That being said, uncertainty was raised in the Court of Appeal about whether it made a difference if the TR1 has been signed by David and Dean and not just the sellers. This could have ramifications in practice as many TR1s are signed solely by the sellers. As a result, this case is unlikely to be the last word on this subject, and it reinforces the need to take advice on ownership at the time of purchase.

If you have any questions about this topic, please contact any member of the Property team. 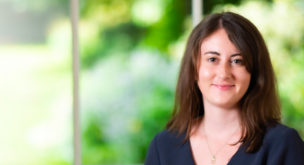