Changes to working patterns are among the many consequences of the Covid-19 pandemic. These changes reflect the altered demands on businesses, as well as the opportunities presented by having employees working from home. Some businesses have implemented ‘standby’ procedures for staff who might previously have worked under a more traditional working week. While these new arrangements have been accepted by some employees, they have also led to disputes about whether or not ‘standby’ time is working time.

This question was recently addressed by the ECJ cases of DJ v Radiotelevizija Slovenija and RJ v Stadt Offenbach am Main.

The key question which employers and employees need to know is whether time spent on ‘standby’ is working time or rest. The Working Time Regulations 1998 (the Regulations) impose limits on the amount of working time which can be expected of workers to 48 hours per week over a 17 week average. However, rest periods are not considered to be working time by the Regulations.

What do tribunals consider?

Recent European Court of Justice cases have given insight into the way courts differentiate between working time and rest. In RJ v Stadt Offenbach am Main, RJ, a firefighter, had to be reachable at any time and have his uniform and service vehicle available. He would need to be able to reach a town boundary within 20 minutes. In DJ v Radiotelevizija Slovenija, DJ, a specialist technician for radio transmission facilities, often had to stay at accommodation near his work, including at accommodation provided by his employer. DJ had to be contactable while on standby, and had to be able to return to his workplace within one hour.

In both cases, the ECJ concluded that standby time would be working time where the constraints imposed on a worker objectively, and very significantly, affect their ability to freely manage the time during which their services are not required and use that time for their own interests. Conversely, when there are no such constraints, only the time linked to the provision of work actually carried out during that period constitutes working time.

The ECJ concluded that it was for national courts to assess the facts of each case which would include consideration of the following:

Although ECJ rulings no longer bind the UK in the light of the UK’s withdrawal from the European Union, the Withdrawal Agreement states that courts and tribunals may “have regard” to post-Brexit ECJ case law so far as it is relevant. It is therefore likely that an employment tribunal would also adopt this facts-based approach.

Failure to correctly differentiate between working time and rest can have serious consequences for businesses.  Under the Regulations, it is a criminal offence to fail to take reasonable steps to comply with the limits set on working time and employers may be liable to prosecution, an unlimited fine, and even a prison sentence.  In addition, there may be an impact on whether or not the national minimum wage is being paid to the worker.

In addition, workers may refuse to carry out work in excess of the 48 hours a week average where they include ‘standby’ time as working time, thus reducing their ‘non-standby’ working hours. If they are then subjected to disciplinary action and/or dismissal on the basis that the ‘standby’ time is not included in their ‘working time’ then employers should be clear that the standby time would not be considered working time as result of the two cases referred to above.

The recent ECJ and Supreme Court cases highlight the need for businesses to have a clear understanding of the implications of their standby requirements. They also demonstrate that employees and workers should be aware of their regulatory rights as increased demands are placed on them during the pandemic.

Edwin Coe’s Employment team, headed up by Linky Trott, is available to help businesses and employees who seek clarification with regards to standby procedures. 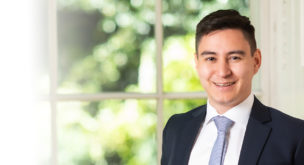