In Surrey CC v NHS Lincolnshire Clinical Commissioning Group, the High Court has allowed a private law claim for the recovery of expenses incurred by one public body, the Surrey County Council (“the Council”), due to an unlawful public law decision made by another, NHS Lincolnshire Clinical Commissioning Group (“the NHS Trust”).[1]

Has this decision in established a new category of claim for recovery of expenditure, particularly one which can be asserted by private individuals?

A young man with autism (JD), who was born in Surrey, was placed by the Council in a specialist home in Lincolnshire. In 2008, the Council invited the NHS Trust to undertake an assessment for JD’s eligibility for NHS Continuing Healthcare (“the Care”), a package of social care provided to people with long-term, complex health needs. The NHS Trust refused to assess JD’s eligibility for the Care, stating that it was not the relevant NHS commissioning body for JD.

As a result of this decision, the Council was thrown back on its residual obligation to fund the costs of JD’s care and accommodation. The Council continued to pay these costs until 1 February 2015, when the NHS Trust accepted responsibility.

The Council then brought a claim against the NHS Trust for restitution of sums paid for the care.  It was not in dispute that the NHS Trust made an error of public law when it refused to assess JD for the Care.

Should the claim have proceeded by way of judicial review?

Generally when individuals are aggrieved by a decision of a public body which they think is wrong, their recourse is to challenge that decision by judicial review, which is the typical process by which the Court considers the legality of governmental decisions and which is distinct from a claim for restitution.  The NHS Trust argued that the recourse which the Council ought to have taken was judicial review.  This is significant in this case because judicial review generally has a very short limitation period.

The Court allowed the restitutionary claim to go ahead, for two reasons: (1) the NHS Trust conceded that its denial of assessment was unlawful; and (2) the Court found that on the evidence, it was highly likely that the NHS Trust would have provided JD the Care if it had assessed him.  It seems clear that the Court might not have allowed the claim to go ahead had it been called on in effect to review a difficult or close administrative decision.

Should the Court extend the categories of unjust enrichment?

For a restitutionary claim to succeed, the defendant must have been unjustly enriched at the expense of the claimant. It was common ground between the parties that the Council’s claim in restitution was novel. It did not fall squarely within the principle established by Woolwich Equitable Building Society v Inland Revenue Commissioners[2] (“the Woolwich principle”), which allows claimants to recover tax that has been paid pursuant to an unlawful demand made by a public authority.

The Court found that a formal demand was not necessary. The mere fact that the Council’s residual obligation kicked in as a result of the NHS Trust’s unlawful decision was sufficient.  The fact that the NHS Trust had saved money as a result of its unlawful decision which it would otherwise have been obliged to spend also meant that it had been enriched improperly and should give up its gains.

As mentioned, it was common ground that the claim in this case was novel.  It was a claim by one public body against another, in relation to care services provided to a third party, where both public bodies had distinct statutory caring responsibilities and where the basis of the claim was an unlawful public law decision to refuse to accept responsibility for the care of the third party. The decision of the Court has extended the categories of restitution claims to include this scenario. What does this mean for future claimants?

The court gave no indication that this category of claim should be limited to claims made by other public bodies. The judgement in this case has arguably left scope for private individuals to claim back expenses that they have been required to incur as the result of a public body’s refusal to pay out.

Private individuals then should consider whether they have been obliged (as a matter of law) to incur expenditures because of an unlawful government refusal to cover them.  This may occur (for example) in the parental context, for example, where parents owe legal (as well as moral and ethical) obligations to care for their children.[3]  However, in order to benefit from this decision, (1) the claimant’s obligation to pay must be legally subordinate to the prospective defendant public body’s and (2) the public body’s decision must have been clearly unlawful; claimants who cannot meet these two requirements, in particular, may have difficulty recovering payments even if they were incurred due to a public body’s unlawful refusal.

If you believe that you have a claim, please contact please feel free to contact Fred Sheppard or any member of the Commercial Litigation team. 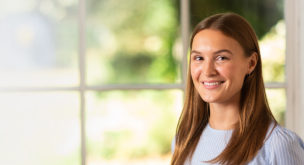