Marriage/civil partnership vs co-habiting: key differences to be aware of

Unmarried couples may co-habit for a number of reasons and at various life stages. As such, they are the fastest growing family type in England and Wales. However, unmarried co-habitees have less legal protection in the event of death or separation and do not benefit from the same tax treatment as their married and civil partner counterparts.

This has attracted the attention of the UK Parliament whose Women and Equalities Committee opened an enquiry in April 2021 titled The Rights of Co-habiting Partners. The Committee is in the process of gathering evidence from people and organisations to consider the issues surrounding co-habitation, how the rights of co-habitees should be strengthened and what legal protections should be put in place. Whilst we are waiting for their report and recommendations, it is important for unmarried co-habitees to understand the current status of their legal rights so that they can plan accordingly.

Below, we set out some of the key considerations from an English legal and UK tax perspective, and the steps that all couples should be taking regardless of whether they are married or in a civil partnership, or unmarried. 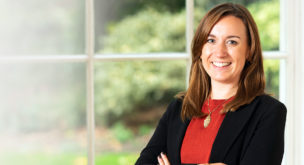