Many insurance disputes are now resolved through arbitration, including the recent flurry of arbitrations concerning claims for business interruption losses suffered as a result of Covid-19.

An arbitration award is usually confidential to the parties and, although persuasive, it does not give rise to any binding precedent or res judicata vis a vis other parties. Hence insurers are often keen to resolve potentially controversial or market sensitive claims via the arbitration process.

In this briefing note we consider the Law Commission’s review of the Arbitration Act 1996 and its recommendations for change.

Since its inception 25 years ago, the Arbitration Act 1996 (the “AA”) has been a bedrock of alternative dispute resolution (“ADR”) in England and Wales. Not only has the AA succeeded domestically, but it has also been relied upon by international stakeholders pursuing ADR under the governance of English law.

Accordingly, it is important that the AA is periodically reviewed for reform, as investigated by the Law Commission in a recent consultation paper designed to collate responses from stakeholders until 15 December 2022. We summarise the key changes to the AA sought by the Law Commission to inform its recommendations to the legislature.

In its consultation paper, the Law Commission identifies eight areas for prospective reform and invites responses from stakeholders in respect of each, centred on several consultation questions. The following areas are discussed:

Whilst exalting the longevity and strength of the AA generally, the Law Commission still identifies opportunities for subtle changes in a few of these areas, namely: the immunity of arbitrators; summary disposal; interim court orders; and jurisdictional challenges. We address each of these below.

The immunity of arbitrators is enshrined by s.29(1) AA which precludes them from being ‘liable for anything done or omitted in the discharge or a purported discharge of (their) functions…unless the act or omission is shown to have been in bad faith’. The incentive behind this is to ensure arbitrators remain impartial and protect the finality of the ADR process itself.

The Law Commission advocates strengthening the immunity of arbitrators to cover these two situations. This would facilitate greater impartiality amongst arbitrators when not being pressured to conform to arbitral parties’ demands whilst also preventing ‘satellite litigation’ against arbitrators by disgruntled parties.

In litigation, summary judgment is a swift mechanism for the Court to dispose of certain issues. Summary judgment is permitted where one party’s case is plainly weak and there is no other compelling reason to dispose of the issue at trial. Although ss.33(1)(b) and 34(1) AA empower an arbitral tribunal to decide all procedural and evidential matters (subject to the parties agreeing otherwise), there is no express provision for summary disposal elsewhere.

Section 34(1) in particular bestows considerable discretion on arbitral tribunals to decide procedural and evidential matters. The Law Commission construes this as essentially permitting summary disposal anyway, justifying its express codification in the AA, albeit with a suitable threshold for exercising summary disposal (for example, whether an issue is ‘manifestly without merit’). Practical reasons for codifying summary disposal are also cited, such as saving time and costs incurred by arbitral proceedings where one party’s case is particularly weak. This would simultaneously help tribunals avoid unnecessary delay or expense as per their duty under s.33(1)(b).

It is also contended that a summary disposal scheme would alleviate some arbitrators’ concerns about their awards being challenged in court for serious irregularity under s.68 AA. This may also have the collateral benefit of reassuring foreign courts of the legitimacy of summary disposals when tasked with enforcing arbitral awards granted in England and Wales.

The Court is entitled to make interim orders in support of arbitration under s.44(2) AA. In short, s.44 imports the law in respect of domestic litigation to domestic arbitration where appropriate. However, given the emphasis arbitration should place on the tribunal’s jurisdiction, the Law Commission evaluates the role of court orders more holistically. Specifically, the consultation paper highlights the ambiguity surrounding whether court orders can be made against third parties and whether judicial involvement under s.44 is available where parties have agreed a regime for appointing an emergency arbitrator.

The Law Commission believes that court orders pursuant to s.44 are applicable to third parties. To this effect, it argues that s.44 should discriminate in practice between the bespoke facts of each arbitral issue to ensure fairness. Thus, it would be inappropriate to view s.44 as embodying a static, single set of rules that are incapable of applying to third parties where necessary.

The consultation paper also provides interesting commentary on the relationship between the AA and emergency arbitrators, whose existence post-dates the AA. In summary, the Law Commission seeks the removal of provisions under s.18 AA for the appointment of emergency arbitrators by the Court since this can impinge on the tribunal’s jurisdiction, even though the tribunal may not be fully constituted. Nevertheless, this is caveated by the suggestion that, even where parties have independently agreed a regime for appointing emergency arbitrators, they can still seek the Court’s assistance where the criteria of ss.44(3) – (5) are satisfied. This approach recognises the need to conduct arbitration efficiently and cost-effectively without compromising the sovereignty of the parties actually arranging the arbitration.

The final point of contention cited by the Law Commission concerns the overall jurisdiction of arbitral tribunals. The consultation paper focuses on the situation where an arbitral party asks the tribunal to rule on its own jurisdiction under s.30 AA and, dissatisfied with that ruling, challenges the tribunal’s jurisdiction in court after an award has been issued.

The main critique articulated by the Law Commission is that, upon an application under s.67, the Court conducts a ‘de novo’ hearing, lending it an original rather than appellate jurisdiction. Consequently, s.67 challenges manifest themselves as rehearings, whereby the Court can, inter alia, listen to oral evidence and consider new evidence, instead of appeals where the Court would simply review the tribunal’s decision. This can render an arbitration entirely redundant if its ruling carries no weight. As the Supreme Court concisely stated in Dallah v Pakistan (2010) UKSC 46, the Court will be able to make an ‘independent determination’ of the matter.

Unsurprisingly, perhaps, the Law Commission proposes amending the AA to hold explicitly any s.67 challenge as an appeal and not a rehearing, going so far as to label a (later contested) arbitral ruling a ‘dress rehearsal’ under the current system.

The AA is far from ripe for reform and continues to provide a dependable and accessible platform for conducting domestic and international arbitrations. The Law Commission is quick to appreciate this in its consultation paper and expresses its ongoing support for the AA’s substantive provisions. However, as arbitration as a branch of ADR has grown in popularity, so too has the impact of some of the AA’s flaws which the Law Commission exposes. Primarily, these are concerned not with the ability of parties  successfully to arbitrate, but with protection for arbitrators themselves, the finality of arbitration as a method of ADR, and procedural efficiency. The consultation paper’s response deadline remains two months away, yet it is plausible that the incremental changes suggested will be enacted to maintain London’s status as a world-leading arbitral centre.

For more detail on the consultation paper, please see: https://www.lawcom.gov.uk/project/review-of-the-arbitration-act-1996/ 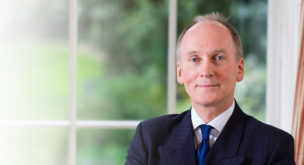