Permitted development rights (PDR) were introduced to allow certain changes to be made to a property without going through the lengthy process of applying for planning permission. These rights derive from general planning permission granted by Parliament (rather than permission granted by the local planning authority (LPA)) by the Town and Country Planning (General Permitted Development) (England) Order 2015 (GPDO). PDR grants automatic planning permission for certain works such as small extensions, demolition, loft conversions, and internal alterations. In particular, many developers have been taking advantage of the PDR allowing change of use of a building from office to residential.

PDR have proven controversial; many have highlighted concerns over the quality of residential schemes, the loss of office space and lack of affordable housing or other local infrastructure that would have been required to be provided under a planning permission. PDR have been reported negatively in the press; with many references to the new conversions as “slums” and described as “the ‘absurd’ planning loophole” along with repeated accusations of exploitation by developers.

Despite the above, PDR (especially the change of use PDR) do have several proponents. For example, Kit Malthouse (former Housing Minister) has recently confirmed, that PDR have delivered more than 42,000 building regulation compliant homes and continue to be used by developers to deliver residential housing.

Despite the freedom and flexibility PDR provide, they have been increasingly limited. In some circumstances, before some PDR can be used, developers much first apply for “prior approval” in respect of specific aspects of the development local planning authority.

Further, LPAs can sometimes suspend PDR in their area under Article 4 of the Town and Country Planning (General Permitted Development) (England) Order 2015. Article 4 Directions have been implemented in several areas of London such as in Camden, City of London, City of Westminster, Islington and Lambeth (among others). The Article 4 Directions specifically target change of use from office to residential amongst other PDR.

PDR have also restricted in designated areas such as conservation areas or National Parks.

A client recently asked for advice in respect of a purchase of a property in London (with a view to using PDR to convert it from offices to residential) and raised concerns regarding a restriction in the 1960 planning permission for the property. The planning condition was worded as follows:

After conducting extensive research and reviewing recent case law, it was clear that the above restriction was indeed problematic. The courts have held that such a condition would prohibit the use of the relevant property for any other purpose, including any purpose permitted by the GDPO, without obtaining planning permission from the LPA. They have determined that the restriction of PDR and the GDPO can be implicit in a condition, and there does not have to be an explicit reference to the GDPO.

In Carpet Décor (Guildford) Limited v Secretary of State for the Environment and Another [1981] and Dunoon Developments v Secretary of State for the Environment and Poole Borough Council [1993], the court held that the relevant planning condition did not implicitly restrict PDR. In Carpet Décor, the High Court confirmed that a planning condition excluding PDR would have to be in “unequivocal terms” in order to implicitly restrict PDR. In Dunoon, Farquharson LJ stated “the purpose of the General Development Order is to give a general planning consent unless such a consent is specifically excluded by the words of the condition”.

At the Court of Appeal, Dunnett was differentiated as the second part of the condition (i.e. “nor for any other purpose without the prior permission”) was deemed to serve no purpose but to prevent the operation of the GDPO and prohibits any other uses including those permitted by the GDPO. The wording in the Dunnett condition was “emphatic” and the “ordinary meaning of the words” clearly excluded GDPO.

It is therefore essential for developers who are purchasing property to examine the construction of the words in restrictive planning condition from earlier planning permissions on that property carefully and to approach with caution as the use of PDR and GDPO can be limited by the planning history of the property.

If you have any questions regarding this topic, please contact Stephen Brower or any other member of the Property team. 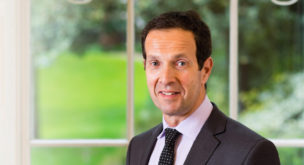 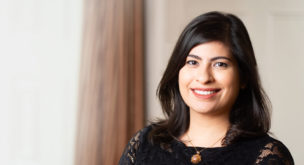