Most of us are familiar with the sales puff of those agents’ particulars, boasting “a wealth of period features”, “a bright and airy aspect” and “well-appointed accommodation”.  All pretty meaningless but well-meant and entirely harmless.

But what about the lure of “share of freehold” in the case of a leasehold flat?

All fine if the lease was granted for 999 years when the freehold was acquired by the leaseholders.  But nasty tax consequences lurk if a different scenario presents itself.

Many conveyancers overlook the need to investigate the position where the lease has not yet been extended to 999 years, as it properly should have been, when the freehold was acquired.

Some crucial questions fall to be answered in such circumstances.  It is not the case that, as you will be acquiring a “share” in the freehold, you and your fellow leaseholders can simply grant yourselves 999 year leases at any time without any adverse tax consequences.

Depending on how the freehold interest is owned there may be tax liabilities, both in terms of stamp duty land tax (SDLT) and capital gains tax (CGT).

Take the typical scenario of a group of leaseholders who get together to acquire the freehold interest in their building from their landlord, whether by agreement or by exercising a statutory right to do so. Most likely they will have set up a company to acquire and hold the freehold, with each of them acquiring a share in the company. Together they share the ownership of the company’s single asset – the building containing their flats.  The key issue is how that asset is actually held by the company.  Is it an asset for the company in the most straightforward and absolute sense?  Or is it held by the company on trust for the leaseholders?  If it is the former, a second SDLT event will arise on the grant of the 999 leases, whether they are granted immediately on the freehold acquisition or at a later date.  The first SDLT event is of course the acquisition of the freehold itself.

But how do you know if the freehold is held on trust?  The most compelling evidence is if the company has declared by deed that it holds the freehold on trust for the leaseholders (and those to whom they sell their flats in the future).  In the absence of an express declaration, a trust can sometimes be implied.  Was it the intention of the leaseholders when they acquired the freehold to hold it on trust for themselves?  Quite possibly, especially if the leaseholders, as they most likely will, have differing tax circumstances.  A trust means that each individual leaseholder, rather than the company itself, will bear its own tax liability for its share of the freehold – important for those who are eligible for principal private residence (PPR) relief for CGT purposes.  Also relevant might be the fact that under a trust arrangement (in the absence of any agreement to the contrary) all decisions relating to the management of the building must be made by the leaseholders rather than by the company directors.

If there has been no express declaration, a trust will easily be implied if the company accounts do not show the building as an asset of the company.  Under a trust the freehold is an asset owned by the leaseholders.

Unless a trust can be established, SDLT will be payable on the amount notionally payable for the new lease, which might be significant if the existing lease is getting short – typically less than 80 years left to run.  A 3% SDLT surcharge might also apply if you own other residential property.

It is irrelevant for both SDLT and CGT purposes that no money will actually change hands between the leaseholders and the company for the grant of the leases.

Whilst a trust arrangement can nullify any SDLT liability on the grant of the 999 year leases, irrespective of when they are granted, the timing of such grant is critical in the context of any CGT liability.  It is imperative that the leases are granted immediately, or as soon as possible, after the acquisition of the freehold.

The grant of the leases functions as a partial disposal of the freehold, in respect of which a capital gain can arise unless the grant immediately follows the freehold acquisition, as not enough time will have passed to result in the accrual of any gain. The gain to the freehold company is the difference in price for the grant of the 999 year leases when the freehold was acquired and upon their actual grant.

These issues present a cautionary tale for those buying a lease with a share of freehold.  Where 999 year leases have not yet been granted, it is imperative that your conveyancer makes all appropriate enquiries to establish whether a trust exists and so nullifying any SDLT liability and potentially affording PPR relief on the capital gain.  The severity of the CGT liability will be dictated by the date upon which the freehold was acquired.  The longer ago, the greater the gain is likely to be.  Many of the flats will have changed hands over the years since the freehold was acquired, leaving the gains creeping up for the current leaseholders to bear.

A clear and unequivocal message to seek specialist transactional advice if you are buying a lease with “a share of freehold”.

If you have any questions regarding this topic, please contact Katherine Simpson, or any other member of the Property team.

A way out: British Citizenship opportunities for ... 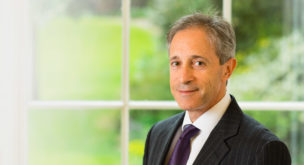 Are contractual parties obliged to act in good fa... 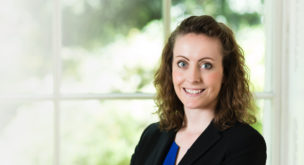 Something helpful in the Return to Work Assessmen... 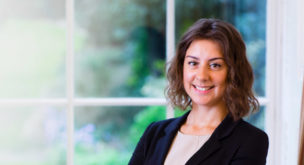 Difficulties for landlords and tenants currently ... 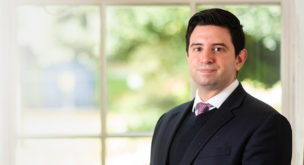