In a recent court case, the Tate Modern gallery has won a privacy and nuisance case brought by various owners of high value neighbouring flats worth around £4 million each.

The Tate Modern features a top floor terrace which offers spectacular 360 degree views over London. Each year, more than half a million visitors make use of the Tate’s terrace as they look out over London. However, owners of the neighbouring premium Neo Bankside development flats complained that visitors would peer into their flats and thereby breach their privacy and cause them nuisance. Indeed, they complained of almost constant surveillance. They therefore brought a claim against the Tate Modern alleging their rights to privacy were being breached under nuisance and human rights laws.

This contention was rejected by the court. The court agreed that visitors to the terrace had been interested in looking at the interiors of the flats whose owners had brought the claim. But the court adopted a pragmatic view in deciding that the residents had created their own particular sensitivity by acquiring flats with what were extensive floor to ceiling windows in the first place. The court held that although the flats were impressive, the advantage of having extensive glass views comes at a price in terms of privacy and they could have taken remedial measures (rather than the Tate), including installing net curtains or lowering their solar blinds, to keep prying eyes away.

Moreover, the residents had started using a particular area as living accommodation which was originally conceived by the developers as being some kind of indoor balcony. In effect, the court found that the residents had therefore created their own additional sensitivity in this regard for which the Tate could not be held responsible.

In recent times, the Tate Modern had in fact slightly reduced the amount of time people could use the viewing terrace and as a result of the recent court judgement the viewing terrace will now remain open. The residents are considering pursuing an appeal but this appears to be difficult given that the court has clearly looked at the property owners rights of privacy and judged that any breach of privacy and nuisance is insufficient to force Tate Modern to close its popular and scenic terrace.

If you wish to discuss this topic further or have any other questions, please contact Shams Rahman or any member of the Edwin Coe Property Litigation team. 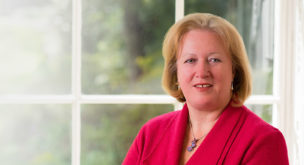