Back in May 2016, the Queen’s Speech announced new legislation with the aim of encouraging property development. One of the main elements focused upon was the attempt to privatise the Land Registry with the Neighbourhood Planning and Infrastructure Bill 2016-17. This Bill was put forward by the Department for Communities and Local Government on 7 September 2016.

The purpose of the Bill was to encourage communities to draw up neighbourhood plans and allow clarification of the law on compulsory purchases. The proposals for this Bill appeared to demonstrate the Government’s commitment to promoting the development of new homes and infrastructure across the UK. With its launch there was a notable absence of any provisions for the privatisation of the Land Registry, a topic that has caused much debate since its inception.

A government source was quoted on its launch: “No decision has been taken on the future of the Land Registry. A consultation on the Land Registry’s future closed in May and we are carefully considering our response. It is only right that new ministers take time to look at all their options before making a decision.”

The lack of these provisions has not gone unnoticed. Although most of the reaction seems to be of relief, with the Law Society recognising that any attempts to privatise the Land Registry would create a range of major risks. “All implications must be fully considered before any decision on whether to sell is made,” said Robert Bourns, President. The Government had indicated previously that they would carefully consider the (vocal) feedback from the legal sector and beyond on this issue and it is reassuring to see them following through on their commitment.

However, even though the Government has chosen to delay this action now, part of their rationale for private ownership is to enable the Land Registry to become an all-digital organisation. To this end, only last month they announced that processes had begun to create an all-digital process in creating, signing and registering mortgage deeds using GOV.UK. In a world that is becoming ever more digitally based, is it only a matter of time before Land Registry is privatised and moved online?

For further information regarding this topic or any other property and construction matter, please contact Ian Gilmour – Partner, or any member of Edwin Coe Property team. 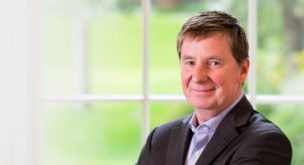