Many landowners face the issue, when deciding how to document the occupation of a property on a short term basis, as to whether to use a lease, a licence, or a tenancy at will.

Leaving tenancies at will to one side, this note focuses on the key differences between a lease and a licence, and provides a case law reminder as to how courts are still interpreting these differences. It is crucial for landowners to be aware that although licences are seen as quick and hassle free documents, they can cause great uncertainty and disputes can arise as to their legal nature and have the unexpected consequence of creating rights in favour of the licensee.

The leading case of Street v Mountford (1985) gives guidance as to how to distinguish between a lease and a licence. A lease is the grant of a right to exclusive possession of a premises for a specific period of time, and a licence is a personal permission for a licensee to use a licensor’s property, preventing this use from being deemed trespass.

In Street v Mountford the principle was established that just because you call an agreement a ‘licence’ it does not mean that it is one. The courts are willing to look beyond what the agreement is “labelled” and consider what the actual intention of the parties was at the time of grant. Landowners need to be mindful that a lease can come into existence, notwithstanding that the agreement entered in to refers to only a licence being granted.

The following factors are to be considered when determining whether a “licence” may actually be a lease:

This distinction is still being tested today despite the Street v Mountford case being over 30 years old.

In the recent case of London College of Business v Tareem (2018) the College had been in occupation of a premises in Barking under a series of agreements, and was then occupying under an agreement dated 22 June 2012 which was described as a “licence”.

The court had to decide the legal basis of the College’s occupation by determining whether the arrangement created a licence or a lease. In order to do this they had to decide whether exclusive possession was granted. The court concluded that the agreement did give a right of exclusive possession to the College and therefore the licence was in fact a lease. The court looked not only at the wording of the agreement, but beyond that to establish the realities of the College’s occupation and the intentions of the parties. The consequences were that the right of occupation granted to the College being a lease not a licence was therefore subject to the Landlord and Tenant Act 1954, and the College gained security of tenure which is the statutory right for a business tenant to renew their lease at the end of their term.

Although licences seem like a quick and efficient method of documenting a short term occupational agreement, landowners need to be extremely careful and take legal advice before they proceed. If there is a risk that a licence could be interpreted as a lease, it is much safer and more certain rather than using a licence to put a short form lease in place which is validly contracted out of the Landlord and Tenant Act 1954 and generally not much more work or costs to do so.

If you wish to discuss this topic further or have any other questions, please contact any member of the Edwin Coe Property team. 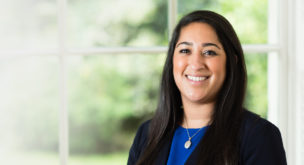