The UK’s Coronavirus Job Retention Scheme (CJRS), commonly referred to as the furlough scheme, has been designed and made operational in a matter of weeks with quite a lot of thinking by Government ‘on the hoof’. Thus, the guidance has fallen in a piecemeal fashion, making it challenging for employers to liaise with staff and take appropriate action.

The CJRS application portal opened on 20 April 2020 and received applications from more than 140,000 employers on its day of launch. The Government is aiming to provide payment within 6 days of an application. The Government’s approach appears to be pay now, check later and does not require the employer to submit supporting evidence of claims upfront. This will undoubtedly lead to disputes further down the line. Although the CJRS is unprecedentedly generous, there are strict conditions attached. The Government has said that it will audit employers and clawback payments where the applications were not compliant, particularly those made fraudulently.

When the CJRS was first announced, the Government expected it to cost around £10 billion. The number of applications far exceeded the Government’s expectations, with almost 6.3 million employees being placed on furlough leave. Consequently, the revised costs of the CJRS are estimated to be somewhere between £30-40 billion. The CJRS has since been extended to 30 June 2020. It has been reported this morning that the Government has started discussing how to ‘wean’ businesses and workers off the CJRS due to concerns about the nation becoming ‘addicted’. With the Government potentially spending as much on the CJRS as on the NHS, there is a clear incentive for the Government and HMRC to invest resources in investigating and recouping any inappropriate claims, if not refusing them initially.

HMRC is also understood to be setting up a whistle-blowing facility for employees who believe their employer may have made a CJRS application on their behalf and not passed on the entitlement.

What happens if a dispute arises?

Throughout the guidance, there has been no express mention of a method or mechanism for dispute resolution such as a right of appeal. Unless one is introduced, the only method of challenge appears to be by way of judicial review.

Judicial review is a type of court proceeding in which judges review the lawfulness of the decisions or actions of a public body, in this case HMRC. Judicial review does not consider the merits of a case, but whether the decision itself was lawful. The main grounds for judicial review are:

Judicial review proceedings must be commenced “promptly” and in any event within 3 months from the relevant decision.

Disputes in relation to the CJRS are likely to fall in to two categories:

What should employers do?

If you would like to discuss the CJRS and related disputes, please contact the Litigation & Dispute Resolution Team or the Employment Team. 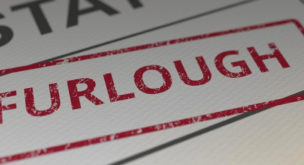 The introduction of the Coronavirus Job Retention Scheme com...