A trade mark can be revoked on the grounds of non-use if it has not been put to genuine use for a period of 5 years.  It is clear from previous cases, that to constitute use, the mark must relate to goods or services already marketed or about to be marketed and for which preparations by the undertaking to secure customers are underway, including in the form of advertising campaigns.

In the proceedings before the Hearing Officer, Healey Sports relied on the use of its JENSEN mark on its website and a press release relating to a forthcoming launch of a new car.  The Hearing Officer stated that “if the requirement is for the use of the marks to be in relation to goods ‘already marketed or about to be marketed’ then the use on the website and in the press release in relation to a car that did not exist at the time, and was at least a year from being ‘unveiled’ does not appear to qualify.”  In addition he considered that neither the press release nor the website provided sufficient information about the specification for the new car to permit potential customers to decide whether to register a serious interest in buying one, and nor was there evidence, despite the passage of time, of anyone expressing any interest in purchasing the new car as a result of the press release, through the website or otherwise.

Healey Sports appealed on the ground that, amongst others, the Hearing Officer had failed to apply the law in relation to genuine use to the facts of the case.  In January 2014, the Deputy Judge of the High Court dismissed Healey Sports’ appeal because, in his view, there was no error of law or principle in the approach of the Hearing Officer to the evidence.  In addition it was not possible to tell from the photographs whether the early prototype existed during the 5 year period, since they were undated and exhibited to a witness statement dated about a year after the relevant period had expired.

Whilst events subsequent to the 5 year period are admissible as evidence to corroborate genuine use during that period, no such evidence was adduced in the present case.

It is clear from the case that the question of whether goods are “about to be marketed” is to be decided in the context of the economic sector concerned.  Some goods will take longer to develop than others.  Press releases and websites which are published a few days before the expiry of the 5 year period to evidence genuine use of a mark which enable no more than initial interest in a future development to be registered, do not show that the goods are about to be marketed.

If you wish to discuss any of the issues raised in this article please contact Simon Miles or Karen Lee or another member of the Edwin Coe Intellectual Property team. 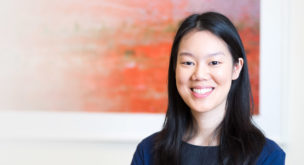