The Supreme Court has recently ruled, in the case of Versloot Dredging BV and Another -v- HDI Gerling Industrie Versicherung AG and Others [2016] UKSC 45, that insurers are not entitled to repudiate liability on the ground that the insured had told a lie in presenting a claim if the lie proved to be irrelevant to the insurers’ liability.

The claim arose from damage to a vessel called the DC Merwestone, which was incapacitated by a flood in her engine room which damaged her main engine beyond repair. The owners of the vessel made a claim on their insurance policy for approximately €3.2m. They told the insurers’ solicitors that the crew had informed them that the bilge alarm had sounded at noon on the day of the flood but the incident could not be investigated because the vessel was rolling in heavy weather. This was found to be a lie told by the owners to strengthen the claim and accelerate payment under the policy and to take the focus off any defects in the vessel for which the owners might have been responsible. The lie was, in fact, irrelevant to the claim since the vessel’s loss was found to have been caused by a peril of the seas.  However, the judge at first instance held that the owners’ lie constituted a “fraudulent device” meaning that the insurers did not have to pay out under the policy. This decision was upheld by the Court of Appeal.

The owners of the vessel appealed to the Supreme Court against the Court of Appeal’s decision. The Supreme Court allowed the Appellants’ appeal by a majority of 4 to 1 holding that the fraudulent devices rule does not apply to collateral lies which are immaterial to the insureds’ right to recover.  Lord Mance gave the only dissenting judgment.

Lord Sumption, giving the leading judgment, held that there was an important distinction between a fraudulent exaggerated claim and a justified claim supported by collateral lies. The Supreme Court in its summary of the judgment said that “the dishonest lie is typically immaterial and irrelevant to the honest claim: the insured gains nothing by telling it, and the insurer loses nothing if it meets a liability that it always had. If a collateral lie is to preclude the claim it must be material. The real test of materiality is that a collateral lie told in the course of making a claim must at least go to the recoverability of the claim on the true facts as found by the court.”

The insurers’ argument that the fraudulent devices rule should apply if the lie was material to the potential merits of the claim as they would have appeared to a hypothetical insurer at the time of the lie, when the full facts were not necessarily known, was rejected by Lord Sumption. He held that the only rational test of the materiality of a lie should be based on its relevance to a court which is in a position to find out the relevant facts. The court held that extending the fraudulent claims rule to include all lies and fraudulent devices regardless of whether they were in fact material would be disproportionately harsh to the insured and would go further than any legitimate commercial interest of the insurer would justify.

This decision is likely to cause concern on the part of insurers but will be welcomed by insureds, who will now not face the risk of policy avoidance as a result of an embellishment to the claim that was not, in fact, material to the recoverability of the claim. Of course, this decision should not be viewed as carte blanche to lie to insurers, as a dishonest insured will still run the risk that their lie will be viewed as an exaggeration of their claim such that the fraudulent claims rule will operate to invalidate the claim or otherwise be held to be a breach of the duty of utmost good faith.

If you would like more information, please contact Kate Dwyer – Senior Associate, or any member of the Edwin Coe Insurance Litigation team. 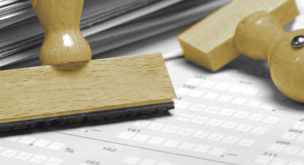