With the ‘halving’ event on 11 May reflecting a change to the number of Bitcoins capable of being mined going forward, we return to the topic of Cryptoassets for a closer look at developments in this area.

In our previous blog of 11 July 2019 we focused on how cryptoassets might be treated for tax purposes in the UK.  Whether they are charged to income tax as if they were being actively traded or charged to Capital Gains Tax (CGT).  How these proceeds should be reported on an individual’s tax return and how HMRC view this relatively new area of tax.

In this blog we focus on an update in HMRC’s guidance (20 December 2019) and the tax treatment of income or gains arising for UK resident but non-domiciled individuals, including a recent case study focusing on exchange tokens (not applicable to security or utility tokens).

HMRC opined on 20 December 2019 that they consider that if an exchange token (e.g.Bitcoin) holder is UK resident, the tokens themselves will also be deemed to be UK situated, for all taxes, principally, income tax, CGT and inheritance tax.

Our view – a guidance statement issued by HMRC in relation to a relatively new type of asset should not be considered binding and we note has not yet been tested.  It represents HMRC’s current thinking but it is not supported by clear legislation nor has there been any case law to refer to, either in the tribunal or higher courts.  It is therefore open to interpretation and we consider there is an argument to be constructed in favour of a non-UK location for income tax, CGT and inheritance tax.  We have considered this in more detail below.

Mrs A was gifted bitcoins via private keys by her husband, she acquires these bitcoins at the original base cost of her husband.  Mrs A is domiciled outside the UK and has only been UK resident for 2 consecutive tax years and is therefore able to claim the remittance basis of taxation without paying the Remittance Basis Charge (RBC) for the first 7 out of 9 tax years.

She wishes to sell some of her bitcoins and retain the remainder – what should she do to mitigate her tax position in the UK?

Bitcoins like all cryptoassets are classed as intangible assets and HMRC has clearly stated in their published guidance that they do not consider crypto assets to be currency or money.  Where does this leave us?

In order to establish where those bitcoins are situated we must first look at the legislation that covers intangible assets.

We know that debts, shares and contractual rights are all examples of intangible assets, also in legal terms, a ‘chose in action’.  What this means is that choses are situated normally where they are recoverable or if it were subject to the law of a country when it was created, that particular country.  With regard to bitcoins that are ‘mined’, presumably the law applying would be where the coins were mined.  However, this is difficult if not impossible to define and track.

Alternatively, unless an intangible asset falls within a specific category, which cryptoassets do not, common law would prevail; the default position being that where the holder is resident would determine where the bitcoin is situated.

Important to also consider the Inheritance Tax (IHT) perspective as this HMRC guidance could mean that cryptoassets held by someone who is a temporary resident in the UK, are within the scope of IHT.

In terms of the ‘wallets’ where the private keys are kept, it is arguable that if these are stored on a moveable tablet or hard drive these can be physically relocated and it is possible to assert that if these are held outside the UK, their ‘situs’ for tax purposes becomes non UK.

This neatly dovetails with contract law: if the bitcoins were sold on a non-UK exchange and under the terms of the contract, written under that foreign jurisdiction’s law, then the contract of sale takes place outside the UK.

It is therefore arguable, with the absence of case law on this point, that if:

This point of view is supported by a recent publication issued by the ‘UK jurisdiction taskforce’ – titled “Legal statement on cryptoassets and smart contracts, November 2019”.  Their argument being that normal rules do not apply to cryptoassets since cryptoassets are decentralised.  They make a further point that the law applicable to the relevant transfer is important.  See link to Nick Phillips blog “Crypto-certainty following the UKJT’s legal statement?” 12/12/2019.

Taxpayers who having considered the position after taking professional advice from a qualified advisor with the relevant expertise, and having received a supportive opinion analysing all the circumstances relevant to their case, could consider taking a contrary position to that published by HMRC.  In a situation where a taxpayer has taken such a view that is contrary to HMRC’s published stance, on the basis that they interpret the law differently, a white space disclosure should be included within the tax return, identifying the issue and opposing view with an explanation as to the reasoning.

We would note that all circumstances will be different and the scale and variety of products in this area mean that the views expressed above cannot be considered anything other than general and non-specific.  Any individual considering their position will need to form their own view and take professional advice on the matter accordingly especially those seeking to rely on the remittance basis.

If you have any questions about the topic, please contact Stuart Hambling or any other member of the Tax team.

If you aren’t receiving our tax updates directly to your mailbox, please sign up now 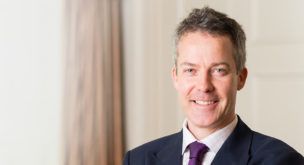