Compulsory Purchase Orders (CPOs) are the controversial mechanisms used by the Government for regeneration of parts of the country. These orders bestow authority upon a public body to acquire land from a third party compulsorily, usually under planning, highway or housing powers. These powers are used purely where the Government has decided that to purchase the land and carry out a function is in the public interest. As a result, these have been a dominant force in the media with projects such as the High Speed 2 Rail Link (HS2 Rail Link) and the Heathrow Airport Expansion precipitating significant controversy.

Having the benefit of an interest in land, the owner of the land subject to a CPO is entitled to compensation for the open market value of their interest in the land to be acquired.

Occupiers can lose out if their home has depreciated in value since it was purchased. The homeowner is under a duty to mitigate their own loss caused by the CPO. With all of these restrictive elements, it is easy to understand why CPOs cause significant media attention and public protest.

One of the most notorious CPOs is the Heathrow Airport Expansion Scheme. Understandably, upon announcing their proposals, the Government has faced significant public backlash. Heathrow Airport Holdings (the private company that owns the airport) has invoked 750 CPOs on homes in the area and provided a further 3,750 homes the option to sell to the airport. As a result of the criticism, the Government announced in October 2016 that enhanced compensation (i.e. above statutory level) would be available for those affected. Under the new scheme, residents living in communities close to the new runway will be given a choice: they can either remain in their home or sell it at 25% above its market value once the new runway has been constructed. This is a far generous offer than those affected by the HS2 Rail Link, who will only receive the market value of their property plus 10%. The scheme has been extended to those homeowners who reside in close proximity to the new runway and whose homes do not need to be compulsorily purchased. It has been projected that Heathrow will face a compensation bill of around £1.5bn.

Recently, the Housing & Planning Act 2016 (HPA) has brought about changes in an attempt to make CPOs more transparent and effective. It has aimed directly at the aspects that have caused public uncertainty. For example under section 180 HPA, the Secretary of State must publish timetables setting out the steps taken when confirming the CPO. Further, under sections 172-180 HPA a standard notice period of 14 days must be given to every owner and occupier of land prior to entering it to carry out surveys. They have also introduced mechanisms for dealing with disputes in relation to the CPO (sections 199-202). The Government is attempting to alleviate the tensions created by the CPOs and facilitate their progression as effortlessly as they can. However, when the Government comes between homeowners and the property they have lived in for a significant time; can there ever be a happy ending?

For further information regarding this topic or any other property and construction matter, please contact Joanne McIvor – Partner, or any member of the Edwin Coe Property or Construction teams. 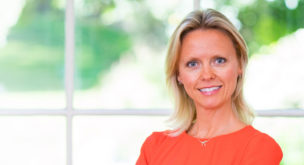