The tragic case of Goldswain and Hale v Beltec Limited (t/a BCS Consulting) and AIMS Plumbing and Building Services [2015] EWHC 556 (TCC) illustrates that even the most common and simple of basement extensions can lead to property disaster.

The Claimants were the leasehold owners of a ground floor flat. With a view to increase their living space, the Claimants sought to convert and extend their cellar by underpinning the outer walls of the Property. Unfortunately, things did not go to plan, resulting in the Claimants, along with the other occupiers of the building, having to hastily evacuate their homes when the building collapsed in late 2012.

The Claimants instructed structural engineers Beltec Limited (“Beltec”) to carry out structural designs in relation to the basement extension including underpinning and the installation of a reinforced concrete floor. In particular, the permanent works drawings provided by Beltec specified both a particular sequence in which the individual “pins” were to be excavated and provided an underpinning method statement.

AIMS Plumbing and Heating Limited (“AIMS”) was hired by the owners to carry out the actual works. Prior to appointing AIMS, the Claimants (like so many other home owners) obtained a satisfactory reference from a former client in respect of a similar basement project, as well as details of the Contractor’s insurance.

The scope of works in relation to AIMS’ appointment specifically referred to undertaking the underpinning “as per the drawing the Method Statement and notes included on” the drawing provided by Beltec.

Shortly after the Works began, it was agreed between AIMS and Beltec that a Beltec engineer would attend the site to inspect the initial pin to be constructed. The engineer concluded that the Works had not been undertaken in accordance with Beltec’s design, and that the initial pin had to be completely replaced. Beltec’s engineer spent time with the Contractor explaining the importance of placing reinforcements as shown on Beltec’s drawings, as well as following the underpinning sequence and recommended Method Statement provided by Beltec.

Within a month of the commencement of the works, the Claimants noticed cracks at the Property which were reported to AIMS. Soon after, further cracks appeared throughout the building to the point that the Claimants and other occupiers of the building could “actually hear the fabric of the house tearing apart”. Fortunately, evacuation was quickly effected as the building collapsing shortly thereafter, following which the Council designated it as a dangerous structure and demolished the rest of the building!

The Property insurer declined cover since the cause for the collapse was due to inadequate construction and design. The Claimants sued both Beltec and AIMS. The claim against AIMS was the obvious failure to exercise the reasonable skill and care of a competent contractor. However, AIMS did not file a Defence nor play any part in the proceedings as it was believed to be insolvent.

In relation to the claim against Beltec, failure to exercise reasonable skill and care in both tort and contract was claimed. Beltec asserted that it had exercised the reasonable skill and care to be expected of competent engineers, relying on the design documentation which clearly pointed out the requirements that were to be met by any builder. Beltec asserted that the collapse of the building was a result of the failures of the Contractor to properly construct the underpinning.

The key issues were:

The Court held that Beltec was employed to provide design for the excavation of the basement and that there was no supervision obligation within the contract nor a requirement to visit the site once the work was started. Further, on the evidence provided, there was nothing within the design documentation produced by Beltec that the Court found would prevent the Contractor doing its work in a reasonably safe manner.

Beltec’s engineer did visit the site, did see the Contractor’s work, and formed a view that the work should be redone as it had not been undertaken in accordance with the design. However, at that stage there was no danger nor evidence to suggest that Beltec should have realised that the Contractor was out of its depth or was not competent to do the job for which it was employed. Given that the level of skill and care by which Beltec was to be judged was that of a reasonable competent engineer, the Court felt that “a sizeable number of engineers in the position of Beltec” would have done no more, nor indeed no less, than that which Beltec did.

Further, contrary to the Claimants’ claim, the Court held that, as is the norm, Beltac did not have a responsibility for any temporary works (i.e. propping) which may be required to achieve the permanent works design since Beltec’s drawings were clear that all temporary works where to be “to the contractor’s design and method statement”.

In fact the evidence established the overwhelming probability that the Contractor failed to carry out its work with reasonable skill and care. However, given that AIMS was apparently insolvent by the time the case went to trial, judgment against it was a pyrrhic victory.

Second, any contractor instructed for such types of works need to have the requisite experience and in particular experience with the design of temporary works. As an alternative, a temporary works engineer must be appointed by the Contractors.

Finally, irrespective of how ‘common’ or ‘simple’ the project, or how many similar projects a contractor has undertaken, it is imperative to ensure that should matters go awry, any claim against the Contractor can be met. Thus bonds, retentions and appropriate insurance should all be considered before any works start or monies are parted.

For further information regarding this topic or any other property and construction matter, please contact the Edwin Coe Property and Construction team. 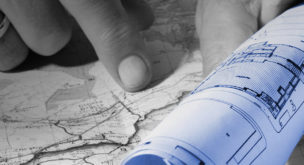