Senior Partner,  David Greene, was recently interviewed by The Times regarding Brexit. David is the instructing solicitor for the applicant in the Brexit hearing and the article in full is below.

The issue before Sir Brian Leveson in Tuesday’s judicial review application, and others that may follow it, is simple in concept but of significant constitutional importance: does the executive have the power by way of royal prerogative or otherwise to give notification to the European Council under Article 50.2 of the Lisbon Treaty absent a prior decision of parliament?

The passion instilled in the issue is unfortunately reflected in the “hate mail” that we and others have received and commented on by the court, in pursuing a reasonable application from which the government will benefit as much as the public.

While the issue is embroiled in the politics of Brexit, this is an argument about the rule of law. Is what the executive proposes in giving notice of withdrawal from the EU without further parliamentary assent lawful? It is a question much debated, but a question on which all parties and particularly the government need determination by the courts before the event.

The current application proffers that parliamentary approval is required before the Article 50 notice is given. The sovereignty of the Queen in parliament is at the core of the UK constitution. Statutes properly passed by parliament are supreme over common law and prerogative. The power of parliament is to both make and unmake laws.

Article 50 is the only method of withdrawal from the EU. Notice given under it has an inevitable conclusion in that unless agreement is reached to extend the period in the limited circumstances set out, the UK membership of the EU concludes on the second anniversary of the notice. The EU treaties and EU law rights and the 1972 legislation will then cease to have effect. Only parliament can remove those rights and repeal the act.

The Divisional Court and the Supreme Court will opine on the issue. The ability for a private citizen to bring this before the court is a vital part of our civil society. That someone does so should be celebrated and not, as has been the case, condemned. 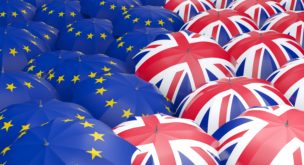 Ali Zaidi to speak at The Practitioners’...

Changes to IR35 – what you need to know 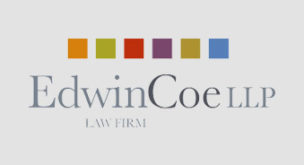 Alison Broadberry named in the 2020 eprivatec...

Meet us at ITechLaw European Conference